Contemporary scholars of peacebuilding have elaborated on certain elements that are essential for making peace in any part of the world. Two of these elements are education and knowledge. There is no doubt that Fethullah Gülen’s greatest efforts and contributions are related to these two fields.

Contemporary scholars of peacebuilding have elaborated on certain elements that are essential for making peace in any part of the world. Two of these elements are education and knowledge. There is no doubt that Fethullah Gülen’s greatest efforts and contributions are related to these two fields. If we take a closer look at our modern world, we can easily understand the importance of education, particularly for Muslims, who constitute 22 percent of the world’s population. Population growth is faster among Muslims than any other population, while literacy rates remain significantly low (Ahmed 2005). Gülen considers lack of education to be a disease requiring a cure; his efforts are an attempt to cure the disease.

Today in Turkey, Central Asia, and many other parts of the world, the educational institutions that were established by Gülen Movement participants have continued to contribute greatly to the education of people of different religions and ethnicities. In fact, his Golden Generation has already contributed, through educational endeavors, to the building of peace in many areas of conflict, including the Balkans, northern Iraq, Northern Ireland, and the Philippines.

Thomas Michel, in an article about Gülen, describes his own visit to a school established by Gülen Movement participants on the Philippine island of Mindanao. Michel visited an area of the island where kidnapping, guerrilla warfare, and armed conflict were constant between Moro separatists and the Philippine state. Michel states, “The school [the Philippine-Turkish School of Tolerance] offers Muslim and Christian Filipino children an excellent education and a more positive way of living and relating to each other” (Michel 2003). Michel (2003) found in the school students from all backgrounds and described it as a “haven of peace” in this region of conflict.

My own experience echoes that of Michel’s. I visited Skopje, Macedonia in the summer of 2004, where I had the opportunity to visit a school established by some Turkish businessmen who were supporters of the Gülen Movement. I was told that when civil war was going on in the region, members of many different ethnic groups were sending their children to this school. Their parents were fighting one another, but the children were living peacefully under the roof of the same school. This same situation is true also in educational institutions established in other areas of conflict, such as Iraq and East Africa.

In order to contextualize Gülen’s peacebuilding theology, I would like to draw upon the famous fourteenth-century Muslim sociologist Ibn Khaldun’s understanding of peacebuilding. In Ibn Khaldun’s philosophy, individual efforts and sacrifices remain essential for building peace. He suggests that peace in society is possible through the willingness of an individual to subordinate himself or herself to the group. Without this, peace and social development are not possible (Ibn Khaldun 1958).

Ibn Khaldun addresses the development of urban society in the term asabiyya, or “group solidarity,” in a way which empties the term of its original connotations of racism and nationalism, both of which are prohibited in Islam. I would like to borrow this term from Ibn Khaldun to indicate solidarity around a value or an idea that is shared by members of society. Gülen’s “Golden Generation” exemplifies Ibn Khaldun’s idea of the establishment of peace in society. Gülen considers peacebuilding as a sacred task. One can compare people who contribute to the activities of this movement to those who go to Friday prayer. Just as people perform their prayer as a sacred duty without being asked to do so, people are also coming together to build peace. In other words, people think that the activities of the movement positively affect society and their spiritual life. Therefore, many want to be part of these activities. This togetherness between people is not based on emotion; rather, it is based on shared values. Following this theology people come together around a particular ideal; therefore, the effectiveness of the movement is not solely attached to the charismatic leadership of one person. Gülen, for example, insists that the movement should never be dependent upon his personality. This approach will guarantee that the movement will continue beyond the death of its founder.

Gülen’s theology of peace is based on the integrity of the individual; his approach to social restoration and peacebuilding, therefore, is one of “bottom-up” social change. It should be noted that Ibn Khaldun’s concept of Asabiyya carries its own risks of an excessive group loyalty, which can be dangerous for a harmonious society. Gülen, by emphasizing the quality of individuals, believes that the Golden Generation should be able to practice and spread justice and compassion in their societies. Therefore, his ideal Golden Generation is based not on ethnicity, but on moral and ethical dimensions. There is no doubt that compassion and justice are two important components of peacebuilding. Compassion requires justice. In Islam, a person is always encouraged to forgive even when his or her rights are violated. Therefore, while the individual’s right to seek retributive justice is retained, restorative justice is the preferred response. Gülen in his theology of peace describes his ideal generation as a “selfless people, sincerely thinking of others rather than themselves.” He says:

Who knows? Maybe in the near future some selfless people, who sacrifice themselves to make others live, will unite hearts and minds through their efforts. Conscience and logic will become two different, deeply rooted dimensions of their lives that will complete each other. Physics and metaphysics will abandon the fight between themselves: in order to give the opportunity for the beauty of everything to express itself in its own language, each will return to its own field. These selfless people will discover the interconnectedness of the divine command and the laws of nature. People will repent of their previous meaningless fights with one another. An atmosphere of serenity will be built and be felt in homes and in schools. No dignity will be stepped on. Hearts will be full of respect to the extent that no one will trespass on the property or the dignity of others. The powerful will act justly so that the weak and the poor will have a chance to live humanely. No one will be arrested just because of an assumption. No one’s house or business will be attacked. No innocent’s blood will be shed. No oppressed person will cry out. Everyone will love human beings as a duty towards God. It is exactly this time when the world, which is a corridor to Paradise, will become a paradise-like place that will always be enjoyed (Gülen 2006a, 110).

He strongly advocates selflessness and living for others as the most essential qualities of the builders of peace. He calls them “devoted souls” (adanmış ruhlar). Selflessness has enormous potential in the building of a sustainable peace. Selflessness helps those who dedicate themselves to peace better understand the situation and sufferings of victims. This eventually brings about a collective approach, which “allow[s] victims of injustice to exert influence and power over the other side” (Abu-Nimer 2003, 75). By living for others, Gülen believes that the ideal individual should always prefer the advantages of others over his or her own. This is in fact a description of the believers in early Islam, the companions of the Prophet. The Qur’an says of them that “they prefer others over themselves even if they are in need” (59:9). Without a generation with similar qualities, Gülen, like Ibn Khaldun, argues that peace would not be possible. This is why he constantly emphasizes the need for faithful and selfless individuals to dedicate themselves to the establishment of peace. In Gülen’s theology, educational institutions should serve to bring up such individuals from the realm of imagination to the realm of realization. It can be argued that all of Gülen’s educational efforts work towards this goal. The Architects of Our Future

These architects of our future do not know fame or glory, nor do they wish for position or status. They are content with the light of infinity within… 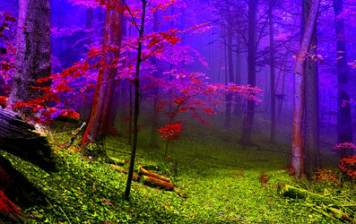 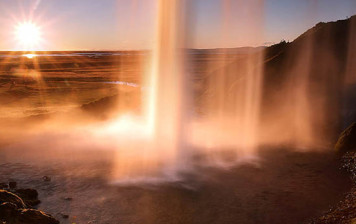 It is narrated in a parable that Satan once asked God Almighty, “You forgive so many people, should my punishment and suffering not be over?” God Almighty reminded…