The identity in the West is complex and has many layers, and individuals have multiple identities. The complexity of West is reflected in the complexity of the society itself. The migration to the West brought another complexity to the society and challenged the old notion of identity which was once based on Western Christianity (e.g. S. Huntington, B. Lewis). The diversification of the Western society promoted the idea to see cultures in unity and not exaggerate cultural. However, this problem is not completely solved in the West, especially in the EU, which suffers identity lack. Muslims found themselves in amid of this process, which contributed to the identity crisis among Muslims.

Many Muslims, especially the young generations and converts have been facing social, economic, cultural and political problems in the process of adaptation and finding their places in the society. The inner struggle of many of them is to find out where their identities truly lie: on secularized Western identity or faith- based Eastern identity. This search for identity became fierce in the dominant traditional culture surrounding them.

Fethullah Gülen’s views are deeply rooted in favoring Islam as a religion and Anatolian people as a nation, which act in framework of tolerance and pluralism. In this regard, Gülen is a moderate Muslim and criticizes the religious bigotry in the form of religious extremism and favors modernism, nationalism, tolerance, and democracy without sacrificing religious precepts. He opposes politicized Islam imposed by the radical Muslims emphasizing the view that no individual or group has a monopoly on interpreting Islam manipulating the emotions of Muslims. However, he also is critical to the current oreign and internal policy trends in the world, including the West. He highly criticizes the prejudiced view of Islam particularly among the political elites who have lack of knowledge about Islam and the trends in the Muslim communities. Gülen also criticizes a state-controlled secularist fear of religion and sees the secular fanaticism a blind persistence, which is against the tolerance as the acceptance of differences as a result of dialogue to promote cooperation (Gülen, 2004f. p.240). However, like the other moderate Muslims, Gülen is against the view of radicals to see the backwardness of the Muslim world as a Western production but sees this backwardness as a result of the internal dynamics. For Gülen, backwardness of the Muslim world was a result in pressure for centuries from both within and outside and under restrictions put on feelings, thoughts, culture, and education of Muslims, it was impossible for a person to remain with human faculties, let alone realize a renewal and development. The backwardness of the Muslim countries is due to the continuation of feudal and tribal systems and lack of education, and values like democracy, human rights, spread of education across society, economic prosperity, equality in production, the institutionalization of consumption and income in a way that prevents class formation, the supremacy of law and justice have never been fully realized in Islamic societies (Gülen, 2004f. p.240).

Gülen is also very critical of the regimes because of harsh restrictions or fanaticism. He supports the idea of republicanism, which is in accordance with the idea of “consultation” in Islamic sources. Like the idea of “consultation”, republicanism promotes peace tolerance and dialogue and does not mean being anti-religious. This view seeks integration with the modern world by reconciling modern and traditional values (Aras and Caha, December 2000, p. 10, Kuru 2003). In this regard, Gülen writes that the current religious situation in both Iran and Saudi Arabia is not what the Islamic states promoted in history because religion has never been a tool of manipulation and repression but instead religion was and should always be a private matter, and its requirements should not be imposed on anyone (Gülen, 1995b, p. 223). Gülen highly criticizes the fundamentalist approach to the problems and preaches: “Muslim cannot act out of ideological or political partisanship” (Gülen, 2000g. p.5). However, the excluding Muslims in the Western society is also harmful, too, because a nation fails to establish relationships as strong as the family members cannot be considered a nation (Gülen, 2005c. p.92).

Thus, many Muslims see religion as a source of morality and ethics but do not want religion to become a tool of politics, because if something then goes wrong in politics, people will blame religion. In this regard, Gülen wants religion to remain above politics when he says: “religion is the relationship between people and their Creator. The feeling of religion lives in the heart’s depths and on the inner world’s emerald hills. If you turn it into a display of forms, you’ll kill it. Politicizing religion will harm religion before it harms a government’s life” (Unal and Williams, 2000, p. 36).

Although, young generations and converts have been facing social, economic, cultural and political problems in the process of adaptation and finding their places in the society and the search for identity became fierce in the dominant traditional culture surrounding them, many young Muslims in the West are able to shape their identity and integrate with the modern world by reconciling modern and traditional values. It is possible when people do not neglect their children and abandon them to a foreign culture risk losing their identity, as Gülen suggests. If a young Muslim knows from where he came from and the destination of his life, together with his responsibilities will take on the responsibility of bringing justice and happiness to the society and will be able to think freely and respect freedom of thought since freedom is a significant dimension of man’s free will and a key to the mysteries of human identity, otherwise, distancing from Islam leads to degeneration and loss of peace (Gülen, 2004f. p.245).

These teachings of Gülen helped many members of young Muslim generation to accept Western civilization as a suitable foundation for material life while considering Islamic civilization suitable for spiritual life. (Aras and Caha, December 2000, p. 11) This strong foundation of Muslim identity will bring some relief to the identity crisis in the West among Muslims and integrate them to the society easily, and also brings relief to the Western society which still goes through the process of identity formation. Moreover, Muslims should not feel discouraged because this trend was even stronger during the World War II when thousands of innocent Japanese-Americans were interned in camps after Pearl Harbor because their loyalty to the U.S. and Canada was doubted.

Excerpted from the article “Identity as a Major Factor in Integration to the Western Society” in the proceedings of “The International Conference on Peaceful Coexistence: Fethullah Gülen’s initiatives for peace in the contemporary world,” Erasmus University, Rotterdam, 22-23 November 2007. pp. 217-227. 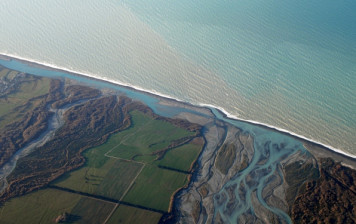 Fethullah Gülen’s Response to the “Clash of Civilizations” Thesis

The differences between Huntington and Gülen are stark. Where Huntington thinks in terms of polarities, Islam or the West in conflict with one another, Gülen opts for a… 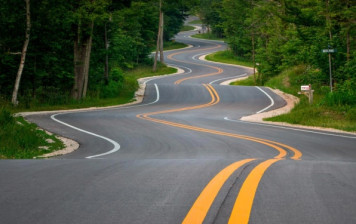