Traditional Islamic values of piety, social commitment, tolerance, social justice and moderation in Islam find themselves overwhelmed in the current fray of international violence, war, injustice, fanaticism, and daily hardship in the Middle East – key source of anxiety to most Muslims today. This kind of toxic environment contributes to increased insecurity, desperation, intolerance and radicalism. It is precisely these dangerous trends that the Turkey-based faith movement of Fethullah Gülen today seeks to combat.

Traditional Islamic values of piety, social commitment, tolerance, social justice and moderation in Islam find themselves overwhelmed in the current fray of international violence, war, injustice, fanaticism, and daily hardship in the Middle East – key source of anxiety to most Muslims today. This kind of toxic environment contributes to increased insecurity, desperation, intolerance and radicalism. It is precisely these dangerous trends that the Turkey-based faith movement of Fethullah Gülen today seeks to combat. Gülen’s movement represents the largest, most powerful and influential Islamic movement in the world today that prioritizes the quest for moderation, dialog and modernity in Islam.

The Gülen movement is a powerful example of popular Islam, it is sometimes referred to in Turkey as the “community” (cemaat), or, as the movement calls itself, Hizmet (Service) Hizmet is by far the most significant movement of any kind in Turkey today, in numbers, influence, and impact. As a unique grassroots organization, it is beginning to gain recognition and significance across much of the Muslim world and beyond through its unusual combination of qualities: modern expression of faith through voluntary works and public service to humanity; its embrace of both science and faith as complementary concepts; its program to spread education; its call for religious and ethnic tolerance; its desire to avoid confrontation with the West, and its outreach for interfaith dialog. Gülen works to counter radicalizing trends and to return to the social commitment, social justice and rational inquiry that he believes are inherent in the deepest values of Islam.

Not surprisingly, Hizmet’s growing size, wealth and influence have also made it a source of some concern among secularists who oppose any strengthening of religion in public life in Turkey and have misgivings about the movement’s power, impact on governance, and longer range intentions. Recent open antagonism between Hizmet and the AKP has also emerged that has heightened the public profile of the organization.

The Gülen movement has roots in the Sufi tradition although it is not a Sufi brotherhood. And while Gülen and his ideas are a source of inspiration to his followers, he does not fall into the traditional role of guru (murshid, shaykh, pir) of most Sufi leaders. Hizmet indeed shares in many of the values of Sufi belief, particularly the goal of revitalizing Islamic consciousness and the role of spirituality in one’s personal daily life. Gülen has also been influenced by the poet Rumi, and numerous modern Turkish religious intellectuals. But Gülen chooses to direct this spiritual impulse into practical, social and organizational form rather than purely devotional directions. The movement’s approach is beginning to influence the practice of social Islam outside of Turkey as well.

Unlike Diyanet (the Directorate of Religious Affairs), Hizmet has no formal association with government; it operates as a popular volunteer movement acting independently of, and outside of the state. It has no ambitions to form a political party and sees itself as an organization standing above or outside of politics. Yet its large membership includes many, who work in state institutions including in the police and the judiciary, who on the personal level can and do have impact on policy on controversial issues, especially the Ergenekon investigations and corruption in government. But at a time when much of the Muslim world is wracked by turmoil, radical theologies, and even violence in the name of Islamic liberation, Hizmet is a powerful popular counterweight and a significant expression of contemporary and moderate values in Islam.

It was the Nur movement that laid the groundwork for the emergence of the subsequent Gülen movement. Fethullah Gülen himself is the son of an imam, born near the eastern Anatolian town of Erzurum, a stronghold of Turkish nationalism. He joined the Nur movement in his youth and began to preach independently in the Izmir region after Said Nursi’s death.

Gülen put Nursi’s ideas into practice when he was transferred to a mosque in Izmir in 1966. Izmir is a city where political Islam never took root. However, the business and professional middle class came to resent the constraints of a state bureaucracy under whose wings it had grown, and supported market-friendly policies, while preserving at least some elements of a conservative lifestyle. Such businessmen were largely pro-Western, because it was Western (mainly US) influence, which had persuaded the government to allow free elections for the first time in 1950 and US aid, which had primed the pump of economic growth.

But while Nursi laid emphasis on the meaning of religion in individual personal life, Gülen began to focus more upon society itself through activism in education, service (Hizmet) to the community, and active interfaith dialog to overcome religious hostilities. Here Hizmet bears some resemblance to Christian doctrines of “good works’ faith and God’s purpose expressed through social action. The movement initially grew slowly in the long years when it was subjected to judicial harassment, show trials and detentions from the courts as a “reactionary,” hence “unconstitutional,” organization. Over the past decade and a half it has developed with remarkable rapidity as earlier anti-religious strictures in Turkey have been lifted and Gülen’s modernist understanding of faith and action, coupled with organizational skill, have attracted greater public attention.

Fethullah Gülen himself is an emotional speaker and teacher with a strong personal following. Yet at the personal level he is a private man: on the two occasions when I had opportunity to interview him I was struck by his retiring manner, sense of personal modesty, courtliness and almost old-world mannerisms. His Turkish is studded with literary and Ottoman phraseology. His remarks on contemporary events tend to be cautious and he makes his points often by indirecton. He has a scholar’s knowledge of Arabic and Persian and studied English; he appears well informed on world events. He is referred to by all those who respect him as Hoca Efendi –“respected teacher”– in an old-fashioned turn of phrase. 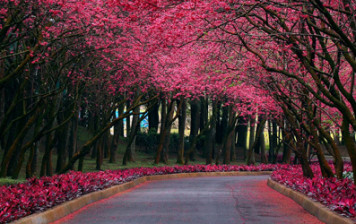 Political Activism for Peaceful Coexistence in Rumi and Gulen

Gulen echoes Rumi also in telling us not to ignore the laws of the universe, not to sit around aimlessly, but rather to exert all our energies to…