We are an unfortunate people who have several times been exposed to the most horrible calamities in recent centuries. During this period full of disappointments, friends have usually shown disloyalty and enemies have never tired of betraying us. The spiritual roots of the society have repeatedly been attacked and the mass of people frequently subjected to assaults from both inside and outside, and the whole nation has been shaken time after time. If a helping hand had not been given to us each time we were exposed to such calamities, we would have been thrown into one of those infernal pits and completely destroyed.

It is possible for a people to remain active only if they are given lofty ideals. When they are left with no ideals or aims, they become reduced to the condition of animated corpses showing no signs of distinctively human life. All the living things in nature including grass and trees continue to flourish, blossom and yield fruit so long as they remain alive. Man, too lives and continues to exist through his ideals, actions and struggles. Just as an inactive organ becomes atrophied, and a tool which is not in use becomes rusty, so idle generations will eventually waste away because they lack ideals and aims.

A society gains dynamic permanence so long as it remains faithful to the spiritual values upon which it was founded. As soon as it breaks with the cycle of renewal, it immediately begins to decompose inwardly and eventually comes to utter destruction. For this reason, a widespread effort is necessary to preserve the high ideals and sacred principles around which all individuals can unite.

It must be the foremost duty of those leaders upon whom the people have set their hopes to equip the coming generations with lofty ideals, leading them to the fountain of the ‘water of life’. Such careless generations as have no aims or ideals in life will at first smoulder inwardly, and then, bursting into flames, will inevitably be led to complete destruction.

We are an unfortunate people who have several times been exposed to the most horrible calamities in recent centuries. During this period full of disappointments, friends have usually shown disloyalty and enemies have never tired of betraying us. The spiritual roots of the society have repeatedly been attacked and the mass of people frequently subjected to assaults from both inside and outside, and the whole nation has been shaken time after time. If a helping hand had not been given to us each time we were exposed to such calamities, we would have been thrown into one of those infernal pits and completely destroyed.

It is not necessary to relate what may happen in the future, and it is also not necessary to drive sensitive minds to despair by depicting corruption. Instead, we must show the people how to renew themselves. We must equip the younger generations, who will shoulder the responsibility for shaping the future, with lofty aims and high ideals.

This high duty must be undertaken by all institutions, from schools to places of worship, and it must be carried out by enlightened souls. Those who are able to combine the operations of head and heart are the only ones capable of doing it. The real guide and teacher is he who first experiences the truth in his own heart, then pours out the fire of his inspiration to ignite the hearts of his listeners. People unable to derive inspiration from the Divine Light coming from all around the universe are incapable of leading the people to the realization of true humanity. Likewise, those who have yielded to doubts have nothing to give their students. At most, such guides can only console the people with epics and recitals from the past, empty ceremonies, and folklore performed in the name of religion. They spend their time in relating the good deeds and accomplishments of others, which can neither arouse enthusiasm nor give uplifting thoughts to the minds nor empower the will of their listeners.

To console oneself with re-telling the heroic deeds of others indicates a psychological weakness peculiar to the impotent, who have failed to discharge their responsibilities to the society. In a community consisting of such people, the spirit of adventure is replaced by excessive praise of the past and songs of victories and heroism. Religious thought and obligations are reduced to formalities and festivals, which are performed by people devoid of zeal and vigour. Again, in such a community, the ways to the pious life are blocked by debased practices and shallow thoughts, and by barren minds who content themselves with the narration of the wonderful accomplishments of others.

Of course, we should certainly commemorate the saints of our past with deep emotion and celebrate the victories of our heroic ancestors with enthusiasm. But we should not think this is all we are obliged to do, just consoling ourselves with tombs and epitaphs.

Heroism is something to be expressed in songs only after it has been proven on the battlefields; for it is possible to be a soldier of God by rising to eternity upon the wings of love and sacrifice. Faith has to be proved by confessing sincerely that religious obligations are the aim of life and by performing these obligations with the utmost care and devotion.

Each scene from the past is valuable and sacred only so long as it stimulates and enthuses us, and provides us with knowledge and experience for doing something today. Otherwise it is a complete deception, since no success or victory from the past can come to help us in our current struggle.

Today, our duty is to offer humanity a new message composed of vivid scenes from the past together with understanding of the needs of the present. 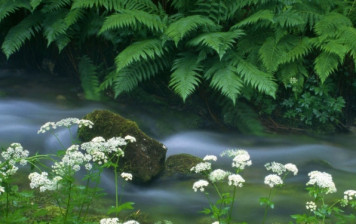 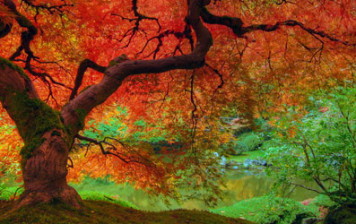 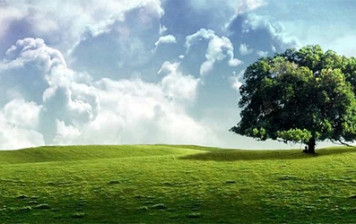 As for the movement; neither now, nor in the future should our friends have any ambition for government, they should not be engaged in politics, even if all…