Gülen Movement: Financing the Service Projects in the Spirit of Giving and Service

To accomplish the educational projects that Mr. Fethullah Gülen envisioned required human and financial resources. Teachers and principals were needed who were dedicated and committed to quality education and who were willing to make sacrifices to enhance the education of their students. Parents had to be willing to work with teachers and school administrators for common educational goals. And to achieve these goals philanthropic giving through the establishment of charitable trusts was necessary.

To accomplish the educational projects that Mr. Fethullah Gülen envisioned required human and financial resources. Teachers and principals were needed who were dedicated and committed to quality education and who were willing to make sacrifices to enhance the education of their students. Parents had to be willing to work with teachers and school administrators for common educational goals. And to achieve these goals philanthropic giving through the establishment of charitable trusts was necessary. Mr. Gülen, therefore, in the early days of the movement began to talk to people from all strata of society in Turkey. He visited groups anywhere he could find them, in cafes, in mosques, in homes throughout small villages, towns and cities throughout Turkey. Regardless of who he was addressing, his message was the same: sound education in top quality schools and to achieve this, the necessity of altruistic service and financial contributions.

He constantly encouraged the social elite and community leaders, wealthy industrialists and small businessmen alike, to support quality education. With donations from these individuals, educational trusts were established to support hundreds of schools, both in Turkey and abroad.

In his sermons and appeals, he turned to ideas and values common in many religious traditions: duty, moral obligation, disinterested contributions and altruistic services. As Sevindi shows, Mr. Gülen genuinely believed in and encouraged free enterprise.He preached that believers must be wealthy and grow their businesses as much as possible, especially globally which he sees as the economic future of the world. A portion of the accumulated wealth, then, should be used to support the many educational projects that would work against ignorance, poverty and immorality. Mr. Gülen continuously argued that a strong free market is necessary to produce economic wealth, which in turn, can support a modern educational system which eventually will empower Muslims and the Turkish state.

In the 1980s, under the leadership of President Ozal, Turkey’s economic liberalization gave rise to a new entrepreneurial class who accrued wealth by investing in businesses and capital ventures both in Turkey and internationally. Many of these businessmen were attracted to Mr. Gülen’s ideas of entrepreneurialism and wealth accumulation, along with a social and religious responsibility to support service projects, especially in terms of quality education, projects that would contribute to the enhancement of education among Turkish youth. And along with education in the secular subjects in Gülen-inspired schools would come moral education and the development of a strong Turkish/Muslim identity.

Mr. Gülen encouraged the new class of business owners initially to sponsor dormitories where students could stay and study together under the tutelage of dedicated teachers. The second step that he promoted was to finance college- preparatory courses to prepare students for the mandatory college entrance exam. Finally, he encouraged the financing of secular private schools established within the state’s framework of education.

Mr. Gülen preached that everyone had a role to play in bringing about top-notch schools in Turkey. Those who were able and motivated to do so were called upon to be administrators and teachers in the schools. Those who were owners of businesses and engaged in professional jobs should grow their wealth as much as possible in order to support the educational projects financially. Believers in Turkey and abroad must be wealthy, not just for their own benefit, but in order to support worthwhile service projects.He urged businessmen to combine their resources and energies into charitable trusts in which no one benefits from what the institutions earn except the students themselves. For many businessmen building a school is the modern equivalent of building a mosque.

While he, himself, remained materially poor, his asceticism and altruistic goals motivated teachers, parents and sponsors to contribute to the common good in whatever ways they were able. Apart from motivating people to donate money, Mr. Gülen remained distanced from the financial management of all institutions related to the movement. Instead, he encouraged the sponsors of these institutions to actively oversee the use of their monies. This built great trust in Mr. Gülen’s honesty and integrity.

As we show in Chapter 5 “The Turkish–Islamic Culture of Giving”, Mr. Gülen’s ideas of service revived the philanthropic dynamics, altruism and benevolence that are deeply embedded in Turkish culture and filled a gap left by government policies. He transformed people’s minds by bringing a new understanding of religion, science, secularism, social and educational services. He asserted that Turkey, as well as all humanity, needs more tolerant and altruistic individuals with magnanimous hearts and open minds that respect freethinking, that are open to science and scientific research, and that can perceive the harmony between the Divine laws of the universe and life. 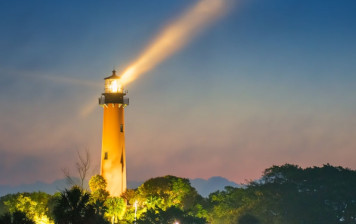 Why do parents choose a Gulen school for their children: a case study in Belgium

In public schools, no attention is paid to the individuality and differences of students. The education is structured, strict and competitive. Here at L’Ecole des Etoiles, it is… 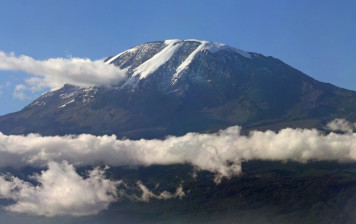 The most recent persecutions have destroyed livelihoods and lives. Our collective voices should oppose and resist the authoritarian actions of the Turkish government. We must organize to protect…