What are Fethullah Gulen’s views on human rights? Does he, like many others, see these rights as a “Western conspiracy” used to divide “our country (Turkey) and nation”?

Gulen replies, not within the framework of a legal discipline, but from the perspective of Islam, which is the base of his thoughts. Accord­ing to him, all rights and freedoms (including human rights) that con­temporary citizens desire are provided by Islam as a balanced and univer­sal religion:

Our Prophet said on one occasion, “Whoever is killed while defend­ing his property would be a martyr. Whoever is killed while defending himself would be a martyr. Whoever is killed while defending his family is also a martyr.” In all the legal systems of the world the values mentioned in the hadiths were adopted. These matters are dwelled on with great importance in our books of Usul [Methodology], which are the foundational books of Islamic Jurisprudence, under the rubric of Dharuriyat [Essentials]. From this perspective, religion, life, progeny, mind, and prop­erty are the essential elements that everyone is responsible to protect. Islam thus approaches human rights issues from the perspective of these fundamental principles.

Humankind, not in any other system or religion but only in Islam, is honored with the title the “caliph (vicegerent) of God” and there is an emphasis on the fact that he is the caliph on earth. Humans were also given the power to interfere with and affect things in this world, and are thus exalted with the freedoms of work and enterprise. Such a religion, which gives so much value to human beings, cannot possibly be expected to ignore human rights. (2)

While citing examples from the implementations of Islamic injunc­tions in the past, which are in conformity with the modern-day understanding of human rights, Gülen says that the violation of people’s rights is unethical and sinful. Furthermore, on the topic of “rights,” he does not simply refer to human rights, but believes that all the living beings have rights of their own and gives many examples from the period of the Prophet Muhammad as to how the rights of animals were also protected.

Gülen derives this philosophy from the “authentic hadiths of the Prophet” and bases human rights on five essentials, which Islam seeks to protect: life, mind, property, progeny, and religion. If one dies while try­ing to protect one of these, he/she becomes a martyr. Struggling in this path is considered a form of jihad. All legal systems in the world accept these five principles as foundations to be protected. He mentions that these principles exist in the books of Methodology [Usul). This analysis leads him to the following assessment:

While the contemporary world still crawls in some matters related to human rights, Islam set the legal standards in matters of crime and punishments centuries ago; it was established in Islam that one is innocent until proven guilty, that the prosecuted has rights just like any other person which cannot be taken away, that individuals cannot be interrogated based on conjectures, that torture is forbidden under any circumstance, that every right matters and that nothing related to human rights can be taken lightly. Islam reminds us that power must be at the disposal of justice and that justice can never be sacrificed for the sake of power, calling everyone to respect due process. It shows us that Islam is always the protector of justice. (3)

Here, Gülen accepts Islam not only as a source of faith, but, also as a source of human rights and contemporary legal norms, just as valid today as it was in the past. As for addressing human rights violations and the protection of their victims, he notes:

Gulen believes that the Ottoman State was the best in protecting human rights and he idealizes the Ottoman State in this sense. He further claims that it protected those who took refuge in it even when it was weak. Gulen is implying that “justice” and “love for humanity” have perme­ated the Turkish society’s soul:

They are full of passion to let live, rather than to live for themselves. They do not work with the philosophy of “If I am not to see the fruits and results of something, then I will not invest in it. Rather, they work for an ideal, whose value, like an iceberg, is only visible at the “tip.” Thus far, none of these sincere-hearted people have spoken out to complain about any of the efforts they put in for this ideal, having confidence that none of their efforts are wasted. Since they are aware that it is a slow process, they have never been bothered by the insults and slanders that they have been subjected to. (5)

Undoubtedly, Gulen is referring to those who share his viewpoints and sentiments, not to the whole society in general but those who are close to his soul and ideas. He implies this with the following statement: “I think this is the difference between a community and a society.” (6)

After explaining the concept of morality and rights according to Islam, and describing the Ottoman concept of justice, he also adds, being aware that real life never matches the ideal:

Until today, the “power” has mostly acted as if it were the enemy of the “right” on the social, political, economic, and administrative level. Those who employ brute force have always used it to advance their own self interests, interpreting life as a struggle or a fight, while violating people’s rights to the extent their power reaches and shouted, “the power is with me!”

When degenerations began to take place in the Islamic world in terms of faith and other important religious values, immoral values began to take root, such as manipulating power, forced subjugations, etc. and thus began a series of violations of human rights and other persecutions. When injustice began to reign, God withdrew his blessings such as brotherhood, sense of trust, mercy, and respect towards the “right”. Whether He will ever return these blessings, I cannot say. However, He has always blessed the truthful who are heroes of faith, Islam, patience, and justice. God never left alone those who turned towards Him with the spirit of devotion to the truth and commitment to pacta sunt servanda. (7)

In this statement, two points stand out:

Then, what is the relationship of Islam with humanism? According to Gulen, the core of humanism is love.

God Almighty has woven the universe with threads of love, the stron­gest factor, tying people in a family, society and nation is love. Love takes the form of compassion from the parents to the children, and the form of respect from the children toward the parents. Universal love displays itself as mutual help and solidarity from all matter towards all parts of matter. (8)

When justice and love are unified, human efforts not only serve self-interest, but also meet the needs of the “others.” Only then can a compre­hensive system based on “rights” begin to be established. But love is not sufficient—everyone must be respected regardless of who they are and this respect must be based on mutual tolerance and cooperation. If this structure, established in the community level, can be taken to the larger society level, the idealized societies of the past can be recreated. 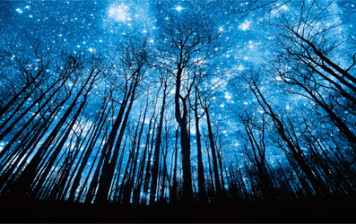 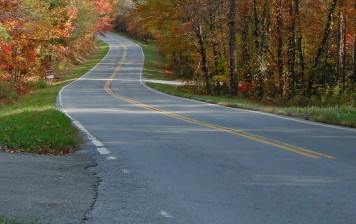