While on a shallow level they share a common religion, in his role as politician, Erdoǧan’s Islam is nationalistic, chauvinistic, militant, exclusivist, and is a source for his authoritarian, patriarchal leadership style. Gűlen’s understanding of Islam is inclusive, peaceful, contains universal values, and requires humility and service to others; ideals that few politicians have found easy to uphold.

Gűlen and Erdoǧan both come from a Muslim background, of the Hanafi school of thought; the former’s Sufism developed in part out of the Said Nursi (1878-1960) movement, the latter a pragmatic Islamist. However, they express their religiosity in very different ways, unsurprising given their respective roles as politician and religious leader. During the June 2015 general election, Erdoǧan toured the country with a copy of the Qur’an in hand. Meanwhile, in his compound in Pennsylvania, Gűlen led daily prayer circles, read Said Nursi’s Risale-i-Nur with his students, wrote essays, and conversed with his numerous visitors.

While Gűlen openly discusses religion, history, philosophy, sociology, psychology, economics, and education, Sahih Yucel notes that the mystic often hesitates to respond to political questions. Thus, Erdoǧan openly waves the Qur’an for political gain, while Gűlen at least overtly avoids politics, focusing instead on piety. Yet both draw power (political and religious) from their behaviours.

Erdoǧan’s AKP has been described in recent years as possessing ‘anti-Western and pan-Islamic’ influences. In contrast, the Hizmet movement has hundreds of institutions in the West, it is non-partisan and promotes interfaith and intercultural dialogue. It has defined itself as apolitical (although it has political influence). Hizmet values piety, discipline, education, and a vision of Islamic morality focused on serving the other. Regarding education as a vehicle for service, Gűlen writes, ‘now that we live in a global village, education is the best way to serve humanity and to establish a dialogue with other civilisations. I have encouraged people to serve the country in particular, and humanity in general, through education.’

A Kurdish professor told me that other Muslim groups in Turkey have found Hizmet unacceptably apolitical, passive, and Western leaning. The Nurçus, the Naqşbandis, and the Islamists do not appreciate that Hizmet tries to dissolve boundaries between other religious and cultural groups, he added, and fear that the Hizmet practice of interfaith dialogue will result in a religious amalgam or synthesis of religion. He explained, ‘they misunderstand Hizmet’s interfaith dialogue activities, and they worry that getting together with other people to carry out interfaith dialogue will create a new form of Islam that will be a synthesis of the faiths of those involved in dialogue with Hizmet.’

Some Turkish Muslims were humiliated when Gűlen met with Pope John Paul II in 1998. They believe as Muslims that Hizmet participants should promote a religious state; Gűlen was criticised for ‘talking less about an Islamic State than he does a fly’.

A Turkish political scientist, affiliated with Hizmet, explained that other Muslims do not like that Hizmet refuses to think of the West as an enemy, and stated, ‘as Christians, Muslims and Jews we live in the same global village. Hizmet’s enemy is not the West, we need to find our common enemies.’ Hizmet is criticised for being too American, and for catering to Jews and non-Muslims. They are also jealous, he added, because as a powerful movement, Hizmet has created an international structure which provides its members with an expansive global network and opportunities.

Erdoǧan, it may be argued, is not merely positioning himself as an Ottoman sultan or Middle Eastern dictator, but as Turkey’s messianic saviour, if not a judgmental, angry, all-powerful deity to whom one should submit; decisively brandishing his nefis or ego. The eminent anthropologist Clifford Geertz notes that ‘the mere fact that rulers and gods share certain properties, has, been recognised for some time.’ Kings, moreover, go about ‘stamping a territory with ritual signs of dominance’ in order to establish the ‘inherent sacredness of central authority’. The massive presidential palace Erdoǧan is building for himself, replete with a mosque in the edifice, aptly illustrates this concept.

Islam under Erdoǧan is now an amalgam of religion, politics, nationalism, and conservatism – just as exclusivist as Kemalism. Given Erdoǧan and Gűlen’s clashing understandings of Islam, the role of Muslims, and of gender roles within an Islamic society, it is no surprise their relationship fell apart.

While on a shallow level they share a common religion, in his role as politician, Erdoǧan’s Islam is nationalistic, chauvinistic, militant, exclusivist, and is a source for his authoritarian, patriarchal leadership style. Gűlen’s understanding of Islam is inclusive, peaceful, contains universal values, and requires humility and service to others; ideals that few politicians have found easy to uphold.

Was there a sincere alliance between the Gulen Movement and Erdogan? 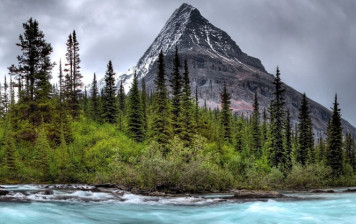 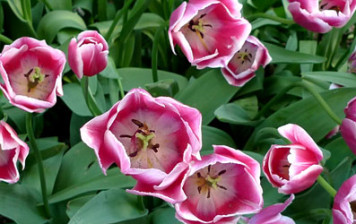 Bruce Eldridge Education, according to Gülen, is a key tool in the development of society. For Gülen, education is an all-encompassing lifelong process. As an educationalist, Gülen does… 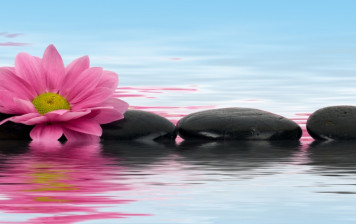