Solving the Paradox: How to be a Balanced Muslim

This is Gulen’s most unique achievement. He did not give up his own religious practice in any areas of his activities and also extended his cooperation and collaboration with many other peaceful groups of activists dedicated to good works of social progress and cultural enlightenment. A major problem with the orthodox Islamic interpretation is that it gives too much importance to outer aspect of Islamic rituals at the cost of inner values ingrained in them As a result, many religious groups have become simply ritualistic in their behaviors and tend to ignore responsibility toward society at large and their fellow citizens in particular.

Critics of Islamic religiosity argue that if you become devout Muslim, then you ultimately lose interest in building humane society; contrary to this view, many others say that Islamic activism ultimately make Muslims radical in their political behavior. It is true that some people who are “Sufis” only in name have become indifferent to the miseries of others. Political activists in many Muslim societies are either too engaged in religious matters or insensitive to the economic and social needs of others.

Gulen transmits Islamic tenets in a way that everyone can see a role for himself and herself in building a compassionate society where all human beings can co-exist with one another for greater causes based sacrifice and altruism. It is not an easy task to accomplish for society where everyone is concerned only for his or her own material gain. Gulen has argued tirelessly that even for the material wellbeing, a Muslim must follow an Islamic way of life. However, one needs to ignite a fire of faith in his or her soul to keep a balance between material ambitions and spiritual goals. Exploring Gulen’s thought, Yavuz finds the following aspects:

Muslims constantly are reminded that avoiding sin is not enough; rather, engaging to create a more humane world is required. Salvation means not only to be “saved from” sinful activities, but also to be engaged actively in the improvement of the world. According to Gulen, moral consciousness toward other cultures can be raised only through participating in an action. In a way, becoming morally upright person (insan-i kamil) is possible only through morally informed conduct. (1)

It is a primary duty for every adult Muslim to try not to engage in any sinful dealings and acts. However, if a societal and state system is based on wide capitalism, extreme communism, or vulgar consumerism, then for a regular person it is quite difficult to escape from sinful deals and activities on a regular basis. As a result, a vast majority of Muslims have either abandoned the so-called puritanical Islamic norms and values, or they have become very pessimistic in their attitude to the national building process and ongoing creative activities for the pursuit of scientific discoveries and innovative use of the expanding horizons of technology.

Gulen has envisioned new ideas and interpretations of Islamic tenets that invite people in general and Muslims in particular to discover fine lines between extreme materialism and unproductive spiritualism. To Islam, worldly life is like a farmland from which a Muslim needs to collect his new capital to be invested for the eternal life after death. The path of spiritual salvation is very much individualistic in nature, but both the process of cultivation of farmland and the distribution of capital for the Hereafter is a collective endeavor for the fruition of faith in its every stage of mundane and spiritual life. For quite some time, an ordinary Turkish mind took Gulen as a simple follower and disciple of Bediuzzaman Said Nursi (1877-1960), whose writings, of course, have played a very important role in placing Gulen in the line of peaceful preaching of universal Islam in the Turkish environment.

Gulen is, however, a dynamic preacher, social activist, and exponent of Islamic ideas, who pushes the boundaries of the Islamic message far beyond the parameters set by Nursi. Gulen has never underestimated the influence of Nursi on the Turkish religious mind and has held Nursi paradigm dearly in his effort to bring more and more Turks in the fold of value-based education for all irrespective of national or ethnic identities, race, religion, and gender.

[O]wing to state political oppression, a new form of Islamic activism evolved out of the Ottoman Turkish intellectual tradition. Said Nursi formulated a new way of religious renewal through collective reading circles, the derhanes, to raise religious consciousness. One can identify Nursi’s writings as the foundational text for Fethullah Gulen because Gulen always has used Nursi’s method of raising Islamic consciousness and the reading circles to create transnational religious networks. (2)

Whenever the Islamic consciousness leading to activism and intellectual discourse is the subject of consideration, many critics talk about “political” Islam based on tribalism and antagonistic politics for the pursuit of capturing state power and money market. However, for Gulen, Islam is not a “political project” to be implemented. If the Nur movement, inspired by the writings of Bediuzzaman Said Nursi was purely ritualistic and somehow Turkish in nature, then Gulen is very much outward looking in terms of his ideas about cosmopolitanism and internationalism. However, this difference might not be of fundamental nature between Nursi and Gulen as the latter has had more means available and is thus able to make use of these greater means in today’s world.

For an Islamic preacher of Gulen’s stature, the Turkish context was not able to be friendly at all, especially few decades ago. But Gulen has used every heaven-sent opportunity to reach out to everyone at home and abroad. For Gulen, national pride should not be a hindrance to become a true Muslim, nor should it stand in the way of participation in transnational endeavors that benefit of humankind as a whole. Such an inclusive nature of Gulen’s preaching brought him prominence rather quickly amongst his Turkish constituencies and beyond. Gulen’s call for value-based education was an open invitation for all, and it really meant for the enrichment of human soul for the benefits of others.

Because of many misconceptions about fate-related verses in the Quran and Hadith, practicing Muslims in general tend to be come fatalist in their thinking and are rather quite reluctant to make enough efforts to bring about positive changes for the masses.

Misery and hardship constantly threaten the life and dignity of ordinary people of all races, nationalities, and genders. Such a situation has been taken as a destiny of those helpless masses. This very pessimistic attitude has no place in Islamic consciousness. However, because of the overwhelming colonial exploitation and pro-longed internecine fighting between Muslim nations and ethnicities within them, even many devout Muslims accept such a horrible and unbearable situation acceptable to masses at large.

Gulen has taken the worldly life as an open book, which you can color according to your determination, capability, and circumstances. However, no one alone can give new height to this special creativity without active and generous help of others. Thus only sincere and collective efforts can make one’s contribution to any area of science or education substantial and beneficial for others and surrounding entities.

The traditional and orthodox forces within Islamic circles tend to act to maintain the status quo, and such a conservative attitude is quite harmful to the underprivileged and disadvantaged segments of any society and state. Apparently one needs to become a revolutionary to speak against such religious taboo or stigma. However, keeping himself within the fold of traditional religious circles, Gulen puts forward his ideas of social change through educational excellence to achieve new heights in Islamic consciousness.

(2) M. Hakan Yavuz, “Islam in the Public Sephere: The Case of the Nur Movement,” Turkish Islam and the Secular State: The Gulen Movement, pp. 17-18. 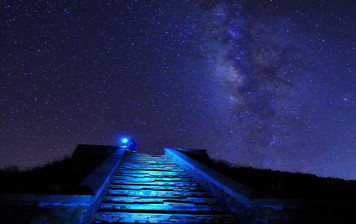 The reasonable and objective way to speak about Hizmet’s services

Just as it is not correct to ascribe the initiatives made with the name of the Hizmet movement solely to the effort of one group of people, it… 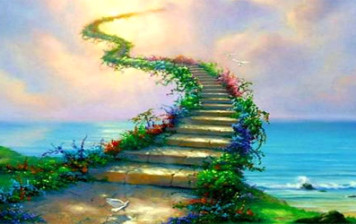 Fethullah Gülen: ‘I have no other goal than to please God’

Interview by Michele Brignone Born in Turkey and for some time resident in the United States of America, Fethullah Gülen is seen by the American pres as one…