Structural and operational concepts of Hizmet

In the Hizmet Movement collective decision making (istişare) is performed on a consensual basis by participants in a network, activity or project. Gülen is known to apply this norm to his own activities and to encourage his students and friends to follow this practice. In addition, every project, business or activity has a mütevelli heyeti—essentially a board of trustees that comprises managers and financiers who “consistently carry out the responsibilities that fall on (their) shoulders.”

Within the Hizmet Movement, Fethullah Gülen is perceived as a profound scholar (‘alim). His personal qualities such as “humility, asceticism and dedication to good deeds (al-‘amal al-salih)” revive the Suffa traditions of the early Islamic centuries. Gülen’s example of “lead(ing) a single, simple (poor), humble and pious life dedicated to God in all aspects” iconizes the Hizmet notions of sacrifice and altruism (diğergamlık). These qualities are communicated through Gülen’s informal “school,” in which he instructs and teaches Islamic sciences—theology (kalam), Qur’anic exegesis (tafsir), methodology of hadith (usul al-hadith) and Islamic jurisprudence (fiqh) to Turkish theology graduates.

The rest of this chapter will describe briefly the core concepts of the Hizmet Movement (aka Gülen Movement).

Sohbet is a Turkish word used to refer to a range of cultural processes that include “pleasant conversation or a facial and verbal communication on a certain subject with a group of fellow friends.” In the Hizmet Movement a normative dimension of its meaning, one that distinguish- es sohbets from ordinary meetings, is that sohbets are developed and nurtured among friends and brothers (or sisters) who seek advancement of their religious and social knowledge through warm communication. Organized around locality and profession, participants in sohbets study passages from various sources. A sohbet may start with reading selective parts of the Qur’an, explaining their theme, and studying the relevant parts of Said Nursi’s Risale-i Nur, a commentary on the Qur’an. Discussions may also refer to prophetic traditions, other exegeses and Fethullah Gülen’s writings.

The aim of a sohbet is to gather individuals from similar backgrounds in order to:

3)  Develop strong inter-personal relations: since a sohbet is held in small numbers, individuals have a chance to lead and actively participate with opinions, reflections and experiences;

4)  Develop channels for mutual benefit among participants, e.g. businessmen who develop their knowledge of potential partners, customers and suppliers;

In the Hizmet Movement collective decision making (istişare) is performed on a consensual basis by participants in a network, activity or project. Gülen is known to apply this norm to his own activities and to encourage his students and friends to follow this practice. In addition, every project, business or activity has a mütevelli heyeti—essentially a board of trustees that comprises managers and financiers who “consistently carry out the responsibilities that fall on (their) shoulders.”

Personal commitment and passion for giving (himmet and verme tutkusu)

Himmet denotes personal commitment and enthusiasm to carry out a project with best results. Operationally, it refers to the act of contribution, financially or otherwise, to a project and maintenance of such contributions over long periods of time. Every year, the principals of a project gather and openly announce the amount of time, effort, goods or money they are intending to donate. In such meetings, participants are encouraged by seeing each other’s enthusiasm to contribute money, time and effort, and individuals strive to contribute as much as they can from whatever resources they have; the “passion for giving” and competition in this are repeatedly reported of participants, especially those with longer experience in the Hizmet Movement.

Donation and migration (sadaka and hicret)

Through his writings and sermons, Gülen has developed a new definition of sadaka and vakıf (charity foundation) as financial concepts of Islamic thought. While donations in Islamic law are made for nine social groups, and are normally divided into obligatory donations (zakat) and voluntary donations (sadaka), both types of giving have been redefined in such a way that makes zakat applicable to skills, knowledge, time, and wealth. Also, for various community service activities, eliminating the barriers of understanding and communication as well as prejudice and stereotypes has been presented as a norm of sadaka equal in its obligation and reward to traditional forms of zakat.

Consequently, the Hizmet Movement draws on a financial and material body of contributions, in which participants not only encourage voluntary charity (sadaka) and donation in their normal ranges (zakat is due on 2.5% of wealth according to Islamic law), but also urge more substantial and varied tangible donations (time, effort, skill, knowledge, etc.) so as to realize the movement’s philosophy.

As it founds educational, business, media, cultural and academic institutions in different societies, the Hizmet Movement also relies on the hicret (migration) of its participants to places where volunteerism is necessary, in order to provide services for local communities.

Edep, according to Gülen, enables individuals to enact ascetic or Sufi values in their everyday life in what he considers to be the Sufi way of life. Through his writing and practice, Gülen stresses norms of humility (tevazu), self-control, self-criticism (muhasebe), and piety. The individual ascent through stages of spiritual purification is taught by Gülen through a self-disciplining strategy—less speech, less sleep, and less eating. On its own this would lead a person influenced by Gülen to lead a reclusive life but then Gülen balances this with emphasis on proactive engagement and activism which results in an interesting personality—one that is spiritual and worldly at the same time. Gülen also preaches the necessity of smiling, and of seeing the best in others (hoşgörü), as a fundamental means of social communication. Abstention from deliberate direct criticism of any behavior or thought of another, as well as silence, is considered among the pillars of edep teachings that are primarily manifest in his own character.

Deliberate preaching about what “Islam says” (proselytism) is strongly discouraged by Gülen. In Gülen’s view, such proselytism creates a superiority–inferiority complex between those who know and those who do not. Moreover, the psychological resistance, which has grown in the global environment due to Islamophobic campaigns is likely to result in mounting hostility toward proselytizers (those who practice tebliğ). Instead of verbal “witnessing,” a fundamental norm of Hizmet activism is the embodiment or exemplification of Islamic values and ideals in an individual’s daily life (temsil).

The blend of intellectual and life experiences in Gülen’s background suggests a certain harmony with what Islamic scholars have been developing as the maqasid approach since the twelfth century. The term maqasid refers to purposes, objectives, or principles that lie behind Islamic rulings. Such principles are classified in various ways. One of them is “the preservation of the soul, wealth, mind, offspring and honor” of human beings (Al-Shatebi), and some scholars, such as Al-Qarafi (d.1285), state a fundamental rule regarding the application of these principles: “Al-maqasid, the purpose, is not valid unless it leads to the fulfillment of some good, maslaha, or the avoidance of some mischief, mafsada.”

Fulfilling the good, or maslaha, is defined by Gülen, in a positive way, as the betterment of humankind through reforming existing systems of modern education, economy and media. In a negative definition, Hizmet is the practice that eliminates ignorance, poverty, and internal schism. It is about the realization of a quality of life, in which Islamic values and traditions are integrated within modern, national and global, political and economic structures. Gülen’s approach toward defining and realizing maslaha acknowledges the restrictions upon human will in the pursuit of perfection. In this way, the “ought to be” is adapted, in its meaning, aims, methods, and policies, to specific contexts. Apart from its chief goal (that is, glorifying the word of God— i’layı kelimetullah—and commitment to religious duties in private life) Hizmet applies a meaning of maslaha that is relative, vulnerable, and temporal. At the same time, it takes the traditional approach to maqasid, by which the rulings of Islam are examined in relation to their further objectives, in order to realize the betterment of human life. For instance, by these means, schisms between observant Muslims and the outside world are mitigated through intercultural and inter-faith dialogue activities. Similarly, the movement promotes structures that perfectly suit the maslaha of the societies where it functions, such as integration into the global economy, and endorsement, internalization and even defense of democracy and rule of national law, and passive secularism that enables active expression of religious feeling in the public sphere. 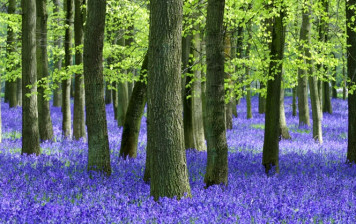