Can the Gülen Movement be characterized as a Sufi order? Is it possible to call it a Sufi order considering the teachings regarding the spiritual realm and practices of daily life?

Although the basic dynamics of the Gülen Movement and the dynamics of the classical Sufi traditions appear similar, in terms of organization as a civil initiative and in terms of the form acculturation (the basic values and their applications), the movement differs from Sufi organizations. The Gülen Movement can partially be analyzed through the concept of “worldly asceticism,” a concept that Max Weber developed in his analyses of Protestantism and Asian religions, but in reality, it is a movement organized with civil initiatives. There are many concepts in the classical Sufism such as modesty, sacrifice, altruism, the spirit of commitment and devotion, to be with God while living among the people, to live for the goodness of others, giving service in return for nothing, and the depth of the heart, soul, and spiritual life, expecting no reward in intention or action. Many of these concepts take their place among the intellectual and practical dynamics of the movement. But unlike what it is in Sufi orders, this does not take its direction only towards the internal aspect of the person. As much as it is directed toward the internal, it is also directed towards the outside and the social. For this reason, the religious depth and the consciousness of being the servant of God are more comprehensive and carry social goals. Weber, in his conceptualization, considers this as “rationalization of the religious and social relations.” In fact, even Weber’s analysis is not comprehensive enough and does not cover the entirety of the Gülen Movement’s rational and social dynamics.

Sufi orders deal with private and intimate aspects. It makes the person (initiate) aloof towards the worldly. It extracts the person from the social life and directs him or her towards the individual, private, and spiritual experiences and sufferings. Even if the order does not cut off the relationship of the individual from social life completely, the initiate is held in a rigid, more resistant discipline, as far as opening up to outsiders. The Gülen Movement carries a social content in the line of Rumi, Yunus and Yasawi, rather than an institutionalized Sufi order. In the Gülen Movement, the “religious sentiment” and the “social action” move together in great harmony. The internal purification, improvement, the effort for understanding, comprehension, and enlightenment are necessary to reach the Creator, but reaching to the “created” and extending helping hands to them are also necessary, necessary for being a good servant of God, necessary to be pious. The person, who unites both of these in self, becomes a perfect man. There is not a discontinuity between the person’s religious and social world. To benefit from the worldly blessings at a minimum level or not to be extreme makes the person individually mature and improved, but it might also direct him or her to feel socially the same way with others and act in tandem. This, in turn, might result in the partnership in the ideal and action (participation in the social with similar sentiments and goals).

The Gülen Movement’s approach—which does not distinguish categorically the human from the society, the religious and the social behavior and therefore, does not break the wholeness of the person—seems to invite those who want to be rational in daily life but are seeking the unification with the Creator in spiritual life. In this sense, it could be said that the movement receives its strength and dynamism from its philosophy that responds to the needs of the modern man.

It has been stressed that the critical concept in the Gülen Movement is hizmet (service). (In fact, the movement is widely known as Hizmet). Service as such resembles the principles enumerated by Max Weber in defining The Protestant Ethic and the spirit of Capitalism: not to go to extremes in pleasures, the responsibility to the society (to others), and turning values into investments to affect positively the lives of others, rather than consuming them. But here, “being content with little” or “modesty in lifestyle” does not exclude big goals. Therefore, Gülen’s understanding of hizmet transcends the individual; it becomes a dynamic, which is comprehensive and maintains continuity.

Normal piety cannot carry the burden of such a sacrifice. It is because the limit of a normal religiosity is a certain limit: praying, fasting, giving prescribed purifying alms, making pilgrimage, etc. But Gülen’s definition of hizmet is more comprehensive and continuous [lifelong effort]. Not only the religious basis, it holds onto the national, humane, ethical, and the universal values and never leaves rationality. Those who took upon themselves the hizmet, in the sense Gülen defines, made the values of altruism, idealism, sense of devotion and rationality inseparable part of their personality. (1)

Turning back to the original question, “Is it a Sufi order?,” Gülen advises sacrificing, devotion, and avoidance of extremes. He defends acting together and the virtue of sharing the same principles, as much as he stresses the necessity of producing the material and spiritual values, which makes living meaningful and exalted. This call is both sincere and realistic. A typical social phenomenon came into being where the call became an action and the action became a movement. It must not be an accident that such a movement had arisen in Turkey. When he says, “the interpretation of Islam under the circumstances of Turkey,” it should be understood that Gülen must have meant this.

Gülen was concerned with the state of Turkish youth, which he considered to be losing its way and its faith under the secular republic. However, he was not… 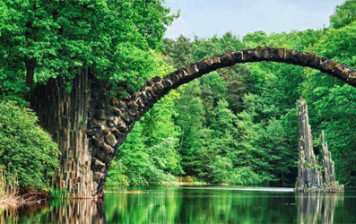 Which political parties does Hizmet support?

Unlike political organizations, Hizmet, as a civil society movement,does not compel its participants to cast a particular vote or choose a particular party. The influence of such orders…