Fethullah Gulen: On the issue of Islam and democracy, one should remember that the former is a divine and heavenly religion, while the latter is a form of government developed by humans.  The main purposes of religion are faith (iman), servanthood to God (ubudiyyah), knowledge of God (ma’rifah), and beautiful actions (ihsan).  The Qur’an, in its hundreds of verses, invites people to the faith and worship of the True (al-Haqq).  It also asks people to deepen their servanthood to God in a way that they may gain the consciousness of ihsan.  “To believe and do good deeds,” is among the subjects that Qur’an emphatically stresses.  It also frequently reminds people that they must develop a conscious relationship with God and act as if they see God, or as if they are seen by God.

Democracy itself is not a unified system of government. With this regard it is rarely presented without an affiliation.  In many cases, another term, such as social, liberal, Christian, or radical, is added as prefix.  In some cases, even one of these forms of democracy may not consider the other as democracy.

However, in our days, democracy is frequently mentioned in its unaffiliated form, ignoring the plural nature of democracies.  In contrast to this, many speak of religion as tantamount to politics, which is, in fact, only one of the many faculties of religion.  Such a perception has resulted in a range of positions on the subject of the reconciliation of Islam and democracy.  Even if these terms are not seen as being opposites, it is evident that they are different in important ways.

According to one of these conceptualizations, Islam is both a religion and a political system.  It has expressed itself in all fields of life, including the individual, family, social, economy and political spheres.  From this angle, to confine Islam to only faith and prayer is to narrow the field of its interaction and its interpenetration.  Many ideas have been developed from this perspective and more recently these have often caused Islam to be perceived as an ideology.  According to some critics, such an approach made Islam merely one of many political ideologies.  This vision of Islam as a totalizing ideology is totally against the spirit of Islam, which promotes the rule of law and openly rejects oppression against any segment of society.  This spirit also promotes actions for the betterment of society in accordance to the view of the majority.

Those who follow a more moderate pattern also believe that it would be much better to introduce Islam as a compliment to democracy instead of presenting it as an ideology.  Such an introduction of Islam may play an important role in the Muslim world through enriching local forms of democracy and extending it in such a way that helps humans develop an understanding of the relationship between spiritual and material worlds.  I believe that Islam also would enrich democracy in answering the deep needs of humans, such as spiritual satisfaction, which cannot be fulfilled except through the remembrance of the Eternal One.

Yes, in the Islamic world and particularly in my country, Turkey, it is painful to see how those who speak on Islam and democracy and claim to pronounce in the name of religion have come to the understanding that Islam and democracy cannot be reconciled.  This perception of mutual incompatibility extends to some pro-democracy people as well.  The argument that is presented is based on the idea that the religion of Islam is based on the rule of God, while democracy is based on the view of humans, which opposes it. In my understanding, however, there is another idea that has become a victim of such a superficial comparison between Islam and democracy.  The phrase, “Sovereignty belongs to the nation unconditionally,” does not mean that sovereignty has been taken from God and given to humans.  On the contrary, it means that sovereignty is entrusted to humans by God, that is to say it has been taken from individual oppressors and dictators and given to the community members.  To a certain extent, the era of the Rightly-Guided Caliphs of Islam illustrates the application of this norm of democracy.  Cosmologically speaking, there is no doubt that God is the sovereign of everything in the universe.  Our thoughts and plans are always under the control of the power of such an Omnipotent.  However, this does not mean that we have no will, inclination or choices.  Humans are free to make choices in their personal lives. They are also free to make choices with regard to their social and political actions.  Some may hold different types of elections to choose lawmakers and executives.  There is not only one way to hold an election, as we can see, this was true even for the Era of Bliss, the time of the Prophet of Islam, and during the time of the Four Caliphs, may God be pleased with them all.  The election of the first Caliph, Abu Bakr, was different than that of the second Caliph Omar.  Uthman’s election was different from that of Ali, the fourth Caliph.  God only knows the right method of election.

Moreover, democracy is not an immutable form of governing.  Looking at the history of its development, one can see mistakes which are followed by changes and corrections.  Some have even spoken of thirty types of democracy.  Due to these changes in the evolution of democracy, some have looked at this system with hesitancy.  Maybe this is a reason why the Muslim world did not view democracy with great enthusiasm.  Besides this lack of enthusiasm, the violence of despotic rulers in the Islamic world, who see democracy as a threat to their despotism, presents another obstacle for democracy in the Muslim nations. 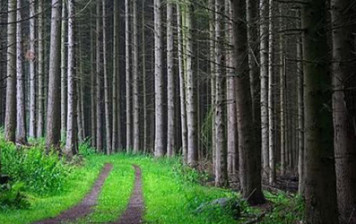 I would say that the revival of the Caliphate would be very difficult and making Muslims accept such a revived Khilafah would be impossible. The perception of the…