Fethullah Gülen on Islam and State

Q: What is the Islamic understanding of “state”? What is the place of “state” in the Qur’an? Many contemporary Muslims have spoken out about the establishment of an Islamic state based on the principles of Shariah — could you kindly give me your thoughts on the subject.

Fethullah Gulen: Those who study and put forward opinions concerning the Islamic perspective of state and politics usually confuse Islam established by the Qur’an and the Sunnah of the Prophet with the Islam as constructed through the historical experiences of Muslims and of course based on shari’ah (legal) principles, and also the superficially observed Islam of the modern times. They come up with various shapes and forms in the name of Islam; sometimes using Qur’anic citations, a few selected sayings of the Prophet, or sometimes ideas and suggestions of one of our contemporary thinkers and they vow to make their interpretation reign if they have the opportunity.

By saying this in no way do I mean that Islamic rules and history have been petrified, with no room for thought and new suggestions. Those ijtihad (reasoned solutions) and qiyas (analogy) should be done except in the field of the fundamentals of the religion. All ijtihads are to be done in the areas where there is room for interpretation.  Also it has to be in line with main principles of Islam. In such issues every person who has the capacity to carry out independent reasoning (ijtihad) binds himself or herself only and does not bind others.  The fact that such an independent reasoning is not authoritative on others is a principle of religion.  Islam does not allow any person to put his or her own thoughts or ideas, or nowadays’ possibly fantasies or desires, at the level of guidance for people, and does not allow them to say “this is the religion,” but rather considers such attempts as misguided.

First of all, the thoughts that are proposed in the name of religion, if not originating from the Qur’an and the sunnah of the Prophet, will result in as numerous projects and proposals as there are opinions, and this which will result in a crisis of legitimacy.  Any proposal that does not take its reference from the historical experience of Muslims upon which there is a consensus of the majority of Muslims absolutely cannot be enduring.  The needs of today’s people, if not responded to through a reference to the main sources of religion, which are accepted and revered by the majority, will not be realistic and will not satisfy people.

Therefore, whether it is derived from the main revealed sources or from the scholarly interpretations based on these sources, one can ask, “What is the Islamic understanding of state?”  In Islam, rule and sovereignty belongs to God.  The Qur’an emphasizes this point in several verses and declares that ruling and command belong to God: “Female and male believers, when God and His Messenger made a decision, they have no other choice anymore” (33:36).  Through this, the Qur’an declares that the rule does not belong to holy and infallible spiritual leaders, as in theocracies, nor to any religious institutions under their supervision, nor to any other religious institution organized in any other way.  Islam says, “the noblest of you in the sight of God is the one who is the most righteous.”  By this, it does not allow any privilege based on family, class, race, color, wealth, or power. Instead, Islam established righteousness and merit and honesty and the sentiment of justice as a principle.  In Islam, which is based on the Qur’an and the sayings of the prophet, there is neither absolute monarchy nor classical democracy as known in the West; neither dictatorship, nor totalitarianism.  In Islam, ruling means a mutual contract between the ruler and the subject and it takes its legitimacy from the rule of law, and from the principle of the superiority of the law.  Accordingly, the law is above the ruler and the subject. It belongs to God. It cannot be changed and cannot be usurped.  The law is to be applied according to the Creator’s command, and the way in which the prophet expressed and applied it. For Islam, an administration based on tyranny is illegitimate. Islam does not approve any kind of dictatorship. In an Islamic administration, those who are at the top have to obey the law like ordinary people; they cannot violate these principles and cannot act in their practice against these principles.

In Islam, the legislative and executive institutions have always been allowed to make laws.  These are based on the needs and betterment of society and within the frame of general norms of law.  On domestic issues in the Islamic community and its relationship with other nations, including economic, political and cultural relations, Muslims have always developed laws.  The community members are required to obey the laws that one can identify as  “higher principles” as well as laws made by humans.  Islam has no objection to undertaking ijtihad (independent reasoning), istinbat (deductive reasoning), and istikhraj (derivation) in the interpretation of shari’a principles.

In fact in a democratic society, the source of law is colorblind and free from ethnic prejudice.  It promotes the creation of an environment for the development of human rights, political participation, protection of minority rights, and the participation of individuals and society in decision making institutions which are supposed to be the characteristics of our modern world.  Everybody should be allowed to express themselves with the condition that no pressure should be made on others through variety of means.  Also, members of minority communities should be allowed to live according to their beliefs.  If these sorts of legislations are made within the norms of international law and international agreements, Islam will have no objection to any of these.  No one can ignore the universal values that the Qur’an and the Sunnah have presented with regard to the rights mentioned above.  Therefore, it is impossible to prove in any way that Islam opposes democracy.

If a state, within the framework mentioned above, gives the opportunity to its citizens to practice their religion and supports them in their thinking, learning, and practice; this system is not considered to be against the teaching of the Qur’an.  In the presence of such a state there is no need to seek an alternative state. The system should be reviewed by the lawmakers and executive institutions if human rights and freedoms are not protected enough, as in the case of many developing democracies around the world.  In order to make such ideal laws, lawmakers should reform, renew, and organize the system according to the universal norms of law.  Even if such a renewal is not considered tashri’i (based on Shariah), it is not conceived of as being against it.

Significantly, there are some who think that Shariah rule would necessitate a state system based on religious rules.  Without looking at the meaning and implication of the word Shariah, they display an attitude opposing it.  Whereas the word Shariah is, in a certain way, a synonym of religion (din), it indicates a religious life supported by God’s commands, the Prophet’s sayings and practices, and the consensus of the Muslim community.  In such a religious life, the principles that are related to the state administration are only 5%.  The remaining, 95%, is related to the articles of faith, the pillars of Islam, and the moral principles of religion. 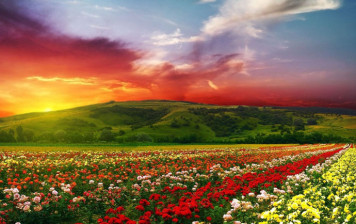