Question: In Turkey, [Gulen] movement is perceived in two ways: a blessing to be proud of and something that is dangerous in every aspect. Those who believe the second view say that “everything is alright, modern, and appears to be within the confines of democracy, but in the final analysis it reveals an Islamic Republic.”

Fethullah Gulen: The late Aydin Bolak (former parliamentarian) likened the characteristics of this movement to that of the Independence War after the First World War. As a matter of fact, Turkey does not find herself in the same circumstances (as during the time of the Independence war), but when you look at the participants of both movements, there are countless volunteers; the difference could be that today’s volunteers are making an effort to do something for all humanity—during the War of Independence we were able to fight for Turkey only.

What about those who are suspicious?

A marginal group in Turkey lives with their groundless fears, and they perceive this movement in the same way. Their current situation bothers themselves before anyone else; they cannot help but think “what may happen tomorrow?” Nothing will happen, tomorrow is Wednesday, and then Thursday and Friday will come, and nothing will change.

If those who build their judgments upon possibilities suffer from pathetic distress will prevent benevolent services and will harm the future of the Turkish people, as well as those of the entire world. These volunteers have good things to say to the world, they should not be destroyed.

Likewise, some may stand up and say to them “if you label these activities ‘pan-Turkism,’ ‘pan-Islamism,’ or a ‘religious republic’ because you see them as being related to the Turkish nation and originating from religion; then what will happen if you are accused of being willing to establish a ‘republic of disbelief’ or ‘pan-disbelief?’”

This is also a possibility and they may be accused of this, as with other examples in the world. Judgments should not be based upon probabilities.

What does irtija (fundamentalism, backwardness) denote for you?

The term backwardness has a very clear insulting tone, therefore an Arabic equivalent “irtija” has been preferred (for fundamentalism) which means “to return, to take people back.” Backwardness does not really correspond to irtija; the inflected verb form alludes that the action has become the nature of the doer. Therefore, irtija means making one’s nature everything that is required to take people back.

It would not be correct to attribute this word with such a nuance to any person working for the sake of Islam. The congregation in the mosque, the followers of Sufi tradition, or those working in remembrance of God in dervish lodges are not opposed to science and technology; they do not oppose the blessings of democracy and the republic. At least I have not met any such person. Nevertheless, in order to turn people away, to make Muslims appear like ghouls, and to defeat them easily, Muslims have been attributed with such associations as “supporters of this and that” or “irtijaci.”

Do you say that there is no irtija in Turkey?

Forgive me, but this is demagogy. In my childhood, they used to scare us with words that sounded like they were calling spirits, “warm bread, fresh butter; come and pour into his throat”; they made us afraid that something similar to a devil would come and in order to protect ourselves from it we covered ourselves with the quilt; this is how we were made to sleep. I later realized that the words they said just meant “warm bread, fresh butter.” I think by merely saying some words they caused frightening images to come into our minds.

Who took people one or two centuries backs? I think the Muslims, especially Muslim intellectuals, have a much more liberal vision than other groups; they think more consistently about democracy and the republic. We have seen very recently some efforts being made for EU membership, maintaining relations with the US, establishing connections with Russia, India, and China in order to increase our credit, for it is not useful to be involved with only one place.

Do you think intellectuals comprehend this movement and define it?

I have great hopes for them. I don’t think that they will remain closed to this movement for ever. An intellectual is someone who is not only learned but who can communicate his belief freely. Although some claim that there are only a few intellectuals in Turkey, I believe there is enough that they can be of guidance to the society and most of them will soon understand this movement.

One characteristic of being an intellectual is to be reasonable and just. For instance, Emile Zola is a great example in the role he played in the reopening of Dreyfus case. There are people like Zola who will cry out the truth; what we are supposed to do is to make use of opportunities to tell them about the activities. I can’t remember anyone who opposed these educational activities after they saw them in person. On the contrary, after their visits, they openly express that there is nothing in these schools to be concerned about, and that they hold a great promise for the future, contributing to the public image of Turkey.

Some people who are overwhelmed with hatred and fury may not be able to help but think “if Turkey will be known through you, I wish it to remain unknown.” I don’t care about them. What those who visit the schools and investigate them in their respective cities think is more important. I have not heard anyone who was not softened after their visit. Some of them on TV said “Our eyes watered, seeing our flag floating in the sky and our anthem chanted in a country which is far away from us and which has stood at a distance from us.” My enthusiasm is triggered when I listen to their comments.

These activities cannot be defamed with improper claims like “they are willing to establish a worldwide religious dictatorship.” If this is something accepted by the nation, then it is required that they be respectful to these emotions. Is it correct to defame the sincere efforts of a nation? How is it possible to claim such a dictatorship without any evidence at hand? Who has expressed such an objective and where was it said? Would those people, if they had such intentions, not ever let these objectives slip through their lips? Do you think these people are so brilliant that they can govern the entire world? Even if they were geniuses, would they not still leak out what they feel inside? These claims do not make any sense to me.

Source: This is a part of an interview with Fethullah Gulen by Mehmet Gundem of Milliyet Newspaper in Turkey in January 2005. Click here to read the full interview. 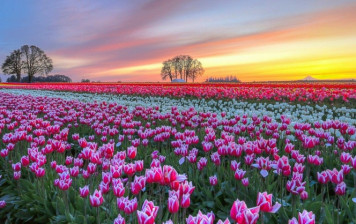 The lesser jihad is material. The greater jihad, however, is conducted on the spiritual front, for it is our struggle with our inner world and carnal soul (nafs).…