Derived from the root j-h-d, jihad means using all one’s strength, as well as moving toward an objective with all one’s power and strength and resisting every difficulty. This latter definition of jihad is closer to the [Islamic] religious meaning.

Jihad gained a special characteristic with the advent of Islam: struggling in the path of God. This is the meaning that usually comes to mind today. Jihad occurs on two fronts: the internal and the external. The internal struggle (the greater jihad) is the effort to attain one’s essence; the external struggle (the lesser jihad) is the process of enabling someone else to attain his or her essence. The first is based on overcoming obstacles between oneself and one’s essence, and the soul’s reaching knowledge, and eventually divine knowledge, divine love, and spiritual bliss. The second is based on removing obstacles between people and faith so that people can choose freely between belief and unbelief. In one respect, jihad is the purpose of our creation and our most important duty. If the opposite were true, God would have sent Prophets with this duty.

There is an unbridgeable difference between those who remain behind without a valid excuse and those who continually engage in jihad:

The lesser jihad is not restricted to battlefronts, for this would narrow its horizon considerably. In fact, the lesser jihad has such a broad meaning and application that sometimes a word or silence, a frown or a smile, leaving or entering an assembly—in short, everything done for God’s sake—and regulating love and anger according to His approval is included. In this way, all efforts made to reform society and people are part of jihad, as is every effort made for your family, relatives, neighbors, and region.

In a sense, the lesser jihad is material. The greater jihad, however, is conducted on the spiritual front, for it is our struggle with our inner world and carnal soul (nafs). When both of these jihads have been carried out successfully, the desired balance is established. If one is missing, the balance is destroyed.

Believers find peace and vitality in such a balanced jihad. They know they will die the moment their jihad ends. Believers, like trees, can survive only as long as they bear fruit. As a matter of fact, when a tree stops producing fruit, it dries up and dies. Observe pessimists, and you will notice that they no longer struggle or explain the Truth to others. Thus, God cuts off His blessing to them, leaving their interiors dark and cold. But those who pursue jihad are always surrounded by love and enthusiasm. Their inner worlds are bright, their feelings are pure, and they are on the road to prosperity. Every struggle stimulates the thought of yet another one, and thus a righteous circle is formed. As every good deed becomes a vehicle for a new good deed, such people swim among good deeds. Our hearts are informed of this truth:

And those who strive in Our Cause, We will certainly guide them to Our Paths: For God is with those who do the right. (Al-Ankabut 29:69)

There are as many roads to God as there are creatures. God leads those who struggle for His sake to salvation on one or more of these roads. He opens each road to goodness and protects it from the roads to evil. Everyone who finds His road, the Straight Path, finds the middle road. Just as these people follow a middle path regarding anger, intelligence, and lust, they also follow a middle way regarding jihad and worship. This means that God has led humanity to the path of salvation.

The lesser jihad is our active fulfillment of Islam’s commands and duties; the greater jihad is proclaiming war on our ego’s destructive and negative emotions and thoughts (e.g., malice, hatred, envy, selfishness, pride, arrogance, and pomp), which prevent us from attaining perfection. As this is a very difficult and strenuous jihad, it is called the greater jihad.

During the Age of Bliss, people fought like lions on the battlefield and, when night fell, lost themselves in devotion to God through worship and dhikr (remembrance and invocation of God). These valiant fighters passed their lives in a corner in worship and solitude. They learned this from their guide, the Prophet, a man of the heart who was first in the material and spiritual jihad. He encouraged his followers to ask for God’s forgiveness, and was always the first to do so.

One night the Messenger of God asked: “‘A’isha, can I spend this night with my Lord?” (He was so genteel that he would ask for such permission. Nobility and refinement were important aspects of his profundity.) I replied: “O Messenger of God, I would like to be with you, but I’d like what you like even more.” The Prophet performed ablution and began praying. He recited: Behold! In the creation of the heavens and earth, and the alternation of Night and Day—there are indeed Signs for people of understanding (Al-Imran 3:190). He recited this verse and shed tears until morning. (Ibn Kathir, Tafsir)

Sometimes in order not to wake up his wife, the Prophet would get up and worship without asking her. Again ‘A’isha relates:

This incident clearly displays the inner depth and the extent of greater jihad in the Prophet. In another hadith, the Prophet mentioned these two jihads:

There are two kinds of eyes that will never see the fire of Hell: those of soldiers who act as guards on battlefields and fronts, and those who weep because of the fear of God. [3]

The jihad of those who abandon their sleep and act as guards at the most dangerous times is material jihad. Their eyes will not be subjected to the fire of Hell. As for those who do the spiritual and greater jihad and cry for fear of God, they also will not see the torture of Hell. Instead of repeating what others have done, people should have good intentions and implant in their hearts and minds the consciousness of being sincere.

Jihad is a balance of internal and external conquest. Reaching spiritual perfection and helping others do so are of the utmost importance. Attaining internal perfection is the greater jihad; helping others attain it is the lesser jihad. When you separate one from the other, jihad is no longer jihad. Indolence is born from one and anarchy from the other. Thus, the Muhammadan spirit is the only way of settlement. As is always the case, this is possible only by following and conforming to God’s Messenger. How happy are those who search for a way to salvation for others as much as they do for themselves. And how happy are those who remember to save themselves while saving others! 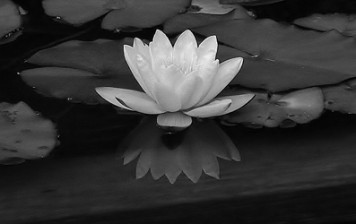 Doğu Ergil Are there any countries, which do not allow the [Hizmet] schools to be opened? If so, which ones? Have schools been established in countries experiencing social… 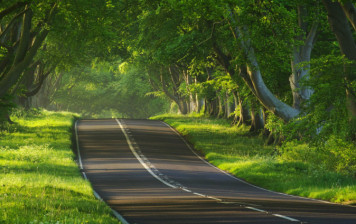 It is on this basis that the Hizmet movement has competed directly with the revolutionary and authoritarian ideas of Islamists. The religious attitude of Civil Islam rejects the…