A primary feature of Gülen’s educational philosophy was his successful formulation of a middle way in the presence of radical approaches to a multitude of social issues. He witnessed rationalism devoid of spirituality that focused exclusively on self-interest. The other extreme was a blind adherence to tradition. His middle way in this context was underlining the necessity of sound reasoning for every individual while promoting spiritual values as a guide for the intellect. Between self-centered individualism and collectivism he defined a middle way that inculcated a sense of social responsibility that did not neglect or deny individual rights. He promoted serving one’s community as a responsibility of being human and conduct pleasing to the Creator. At the same time, he framed individual rights as uninfringeable for the greater good without an individual’s consent. (1)

In recent centuries, the religion–science conflict has occupied many intellectual circles. Enlightenment movements beginning in the eighteenth century saw human beings as mind only. Following that, positivist and materialist movements saw them as material or corporeal entities only. As a result, spiritual crises have followed one after another. It is no exaggeration to say that these crises and the absence of spiritual satisfaction were the major factors behind the conflict of interests that enveloped the last two centuries and reached its apex in the two world wars. (3)

In Gülen’s discourse, science and faith are not only compatible but complementary. Gülen saw the faith-based worldview as providing a comprehensive and sound narrative2 that could support and give meaning to learning.

The best sort of knowledge to be acquired in the school must be such that enables pupils to connect happenings in the outer world to their inner experiences. (4)

Religion encourages knowledge for understanding oneself and the universe while providing a general framework and a source of inspiration and direction “to order individual and collective life, so that we can attain real happiness here and in the Hereafter” (5). While it would be futile to expect religious texts to detail scientific inventions, it would be equally ignorant to reject the possibility that the text might hint at new inventions, technologies, and insights. (6)

Only the love of truth, defined as approaching existence not for material advantage or worldly gain but to observe and recognize it as it really is, gives true direction to scientific studies. Those with such love will achieve their goal; those who do not have such love, who are led by worldly passion, material aspiration, ideological prejudice, and fanaticism, either will fail or turn science into a deadly weapon to be used against whatever is best for humanity. (7)

Gülen also rejected the view of religion as blind faith. The Qur’an certainly did not ask of its readers to accept matters of faith without the use of reason and intellectual scrutiny.3 On the contrary, it criticized those who failed to use their reason and to explore and analyze the observable universe. While acknowledging the important role of reason, Gülen also pointed out its limitations: logical reasoning needed premises and information. Incorrect premises or information would inevitably lead to the wrong conclusions. Besides, the reasoning mechanism itself was prone to errors called logical fallacies. Considering these limitations, it would be ignorant to reject religious assertions as contrary to science and reason without considering possibilities for reconciliation. Hence, from Gülen’s point of view, the supposed antagonism between reason and faith was in reality a conflict between blind faith and deficient reason.

The second type of perceived conflict was of a factual nature. Some assertions in religious sources were perceived as contrary to scientific findings and vice versa. Gülen (8) dealt with this type of perceived conflict by analyzing and examining examples of such conflicts and showing that each case could be explained by a gap in the scientific explanation or a misinterpretation of the religious source. More systematically, he argued that perceived factual conflicts between science and religious sources would inevitably be found to be due to one of the following causes:

1. A gap in the scientific explanation, such as uncertain data or an overgeneralization, or mixing of personal opinions with hard scientific facts.

3. The pursuit of a non-scientific agenda under the disguise of science.

4. The pursuit of a non-religious agenda under the disguise of religion.

The Educational Philosophy of Gülen in Thought and Practice in “Muslim Citizens of the Globalized World: Contributions of the Gulen Movement.” 2007. Edited by Robert Hunt and Yuksel Aslandogan. The Light Inc and IID Press. Pages 38-40. 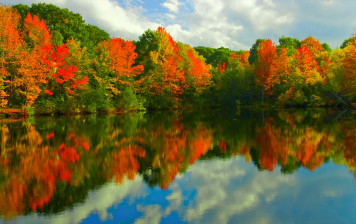 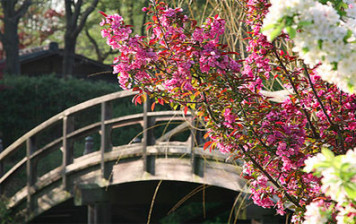 Terror from an Islamic perspective

Islam and terror are like black and white or spring and winter. They are sharply different from each other, and terror cannot approach Islam. In connection with the…