Gülen, in many places and occasions, talks about “Ideal Person” and the “Golden Generation,” which is made of those ideal persons. The ideal persons or the golden generation will hopefully appear among us soon like flowers blossom in the spring. But before spring is winter. That is, their coming will not be easy.

Among wavering crowds that lack sound thinking or reasoning a new type of people will appear. They will rely equally on reason and experience, but give as much importance to conscience and inspiration as they do to the former. They will pursue the perfect in everything, establish the balance between this world and the next, and wed the heart to the intellect. The coming to be of such people will not be easy. All births are painful, but these blessed births will take place and provide the world with a new, brilliant generation. Just as rain pours to of slowly gathering clouds and water wells up from underground, so too will the “flowers” of this new generation one day appear among us (1).

Gülen is longing for this generation so much that he cries in his sermons and prays to God that He will send this golden generation, who would combine intellectual ‘enlightenment’ with pure spirituality, wisdom, and continuous activism:

O long-awaited generation! Rise, for the love of the Creator, to your sacred task, and replace the choking darkness around us with the light of your love, hope, and nobility! Rise and force back the “monsters” of the age to their dens! (2)

The ideal person is in fact a “Man of Service.” This person is the one who must spend most of his time working in order to turn the world into a place like paradise. Below is man of service in Gülen’s words:

Man of service must for the sake of the cause he has given his heart to be resolved to cross over seas of filth. When he has attained his object he must be so mature that he will attribute everything to its Rightful Owner and be respectful and thankful to Him. His voice and each breath are spent in the glorification and magnifying of God the Sublime Creator. He holds everyone in high regard and esteem. He is so balanced and faithful to God’s will that he will not turn into idols those whom he praises for their services. He knows himself first of all to be responsible and answerable for work left undone. He has to be considerate and fair-minded to everyone who comes to his aid and support the truth. He is extraordinarily resolved and hopeful even when his institutions have been destroyed his plans upset and his forces put to rout. He is moderate and tolerant when he has taken wing anew and soared to the summits. So rational and sagacious that he admits in advance that this path is very steep. So zealous persevering and confident that he can pass through all the pits of hell that he may encounter on his way. So faithful to the cause to which he has devoted his life that deeply in love with it he can sacrifice his life and all that he loves for its sake. So sincere and humble that he will never bring to mind all that he has accomplished. (3)

Evolution in Fethulah Gülen’s personal thinking demonstrates a gradual move away from his earlier focus on the Turkish tradition of Islam towards a greater universalism. Openness and tolerance… 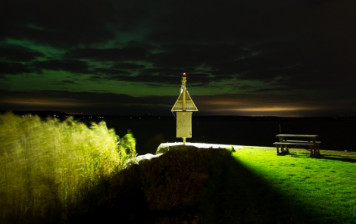 The Gülen Community – Who to Believe, Politicians or Actions?

For those who know Mr. Gülen personally or have had contact with the open-hearted and idealistic members of the Hizmet movement, claims of subversive “terrorism,” (in Erdoğan’s words)…