Gülen is well aware that generally speaking Islamism is a reactive and reactionary ideology that is formed by contemporary human and social needs rather than what actually religion dictates. Put differently, he strongly refutes the claim of the Islamists that what they advocate is indeed the true, authentic, original and pure Islam.

Fethullah Gülen has stayed away from ideologisation and instrumentalisation of religion in politics. While Islamists had conceived Islam as identity, ideology and politics and focused on religion instead of religiosity, Gülen had been harshly critical of Islamists. “The distinction between political ambition and religious activism is crucial for a correct understanding of Gülen’ s mission” (Ozdalga 2000).

This vision of Islam as a totalising ideology is totally against the spirit of Islam, which promotes the rule of law and openly rejects oppression against any segment of society. This spirit also promotes actions for the betterment of society in accordance with the view of the majority. Those who follow a more moderate pattern also believe that it would be much better to introduce Islam as a complement to democracy instead of presenting it as an ideology. Such an introduction of Islam may play an important role in the Muslim world through enriching local forms of democracy and extending it in such a way that helps humans develop and understanding of the relationship between the spiritual and material worlds. I believe that Islam also would enrich democracy in answering the deep needs of humans, such as spiritual satisfaction, which cannot be fulfilled except through the remembrance of the Eternal One (Gülen 2005: 452)

He is also well aware that generally speaking Islamism is a reactive and reactionary ideology that is formed by contemporary human and social needs rather than what actually religion dictates. Put differently, he strongly refutes the claim of the Islamists that what they advocate is indeed the true, authentic, original and pure Islam (Gülen 2005: 455).

He repeatedly declared that there is no particular model for either the method of election or the system of administration. He explains that:

… in Islam it is not possible to limit the concept of governance and politics into a single paradigm, unlike the principles of faith and the pillars of Islam. History shows us that in the Islamic world, since the time of the Prophet, there have been many types of states. This is so even if we exclude the elections in the early period of Islam and the qualities that were exhibited in those elections. Even if one cannot see some major methodological differences among these types of governance, there are many differences in the details. Those who are not aware of the principles of these different methods of governing have understood each of them as a separate system. I have to note that these differences were the result of the aspects of religion that are open to interpretation and related to the field of independent reasoning (Ijtihad) (Gülen 2005: 454).

Recently, Gülen has been arguing that in this age Islam does not need a state support, which is a new ijtihad. He does not oppose to the idea of mutual autonomy of state and Islam. He puts that “(i)f a state… gives the opportunity to its citizens to practice their religion and supports them in their thinking, learning, and practice, this system is not considered to be against the teaching of the Qur’an. In the presence of such a state there is no need to seek an alternative state” (Gülen 2005: 451). He also told Ali Bulac that establishing an Islamic state is not a religious duty for Muslim individuals and that in this age civil society can independently maintain Islam even where Muslims are not in majority.

Gülen is a modern version of alim (singular of ulama) and ulama never engage in a selective reading of the sources as Islamists do. While Islamists did not respect the authority of the ulama, Gülen, backed up by his intellectual power too, helped ulama profile regain its prestige back among cosmopolitan urban middle class white collars, a base Islamists were trying to address. Gellner argues that development and education have been conducive, rather than detrimental, to teaching the orthodox practices of Islam because, in the past, the knowledge-based orthodox (ulama-formulated) observance was generally limited to more educated and urbanite Muslims; while the practices of the rural periphery were intermingled with superstition and, in some cases, remnants of pre-Islamic practices (Gellner 1992: 2-22). Today it is possible for many more Muslims to adhere to the orthodox practices. This observance is not seen as a sign of backwardness (Gellner 1992: 2-22). This is definitely the case with white-collars and cosmopolitan middle classes that compose majority of Gülen’s followers and sympathizers.

Ulama, unlike the Islamists, look at the issues from a holistic point of view. For instance that is why Gülen could see many verses in Qur’an that strongly encourage dialogue while many Islamists were busy portraying all non-Muslims in the same manner. While Islamists focused on political acts, Gülen keeps reiterating that hereafter is much more important and his life in the 5th floor revolves around worship. Gülen transcends the strictly scripturalist and literalist Salafi epistemology by attempting to rehabilitate Sufi concepts and by focusing on the renewal of inner faith. This is reminiscent of the approach adopted by previous Islamic activists and intellectuals who, like al-Banna (d. 1949) in Egypt, Muhammad Iqbal (d. 1938) in colonial India, and Said Nursi (d. 1960) in Turkey who were conscious of the spiritual dimension of Islam.

Paul Tillich coined the term “the ultimate concern” that is, what a community or individual considers to be of most importance: “Whatever concerns a man ultimately becomes god for him… and conversely, it means that a man can be concerned ultimately only about that which is good for him” (Tillich 1951: 211). Gülen’s ultimate concern in this life differs from many Islamists at least in the sense that what they do in practice. While Islamists focus on political acts, a socially active Gülen reiterates that hereafter is much more important and worship is vitally important. He does not see the Qur’an as a political book or project:

The Qur’an is a translation of the book of the universe, which comes from the divine commands of creation, an interpretation of the world of the unseen, of the visible and invisible. It is an explanation of the reflections of the divine names on earth and in the heavens. It is a prescription for the various problems of the Islamic world. It is a guide for bliss in this life and in the life to come. It is a great guide for the travellers in this world moving towards the hereafter. It is an inexhaustible source of wisdom. Such a book should not be reduced to the level of political discourse, nor should it be considered a book about political theories or forms of state. To consider the Qur’an as an instrument of political discourse is a great disrespect for the Holy Book and is an obstacle that prevents people from benefiting from this deep source of divine grace (Gülen 2005: 456).

Gülen’s discourse has been influential primarily in the movement named after him. Atay (2007: 459, 467) gives details about how his discourse and praxis in relation to piety, spirituality and worship influence also his movement.

It is obvious that Gülen is not a socially inactive thinker and practitioner who formulates a discourse and practices it and then only passively observes if people discover and emulate them. Gülen seeks to actively engage with this world by teaching and presenting his weltanschauung and its praxis. Atay’s observations are also confirmed by Vicini (2007: 439) who did a field research among the movement’s adherents and sympathizers: “I am not arguing disciplinary aspects disappear from Gülen’s view on Islam. Firstly, because Gülen is a strenuous defender of Islamic pillars and the need to accomplish them. Adherents to the movement – overall people who aim at becoming educators – perform namaz five times per day and often even perform the meritorious one during the night. Secondly, … volunteers of the movement, by endlessly engaging in activism, really follow a very disciplined life”.

Source: Yilmaz, Ihsan. 2011. “Beyond Post-Islamism: Transformation of Turkish Islamism Toward ‘Civil Islam’ and Its Potential Influence in the Muslim World,” European Journal of Economic and Political Studies, Vol. 4, No. 1, pp. 261-64. 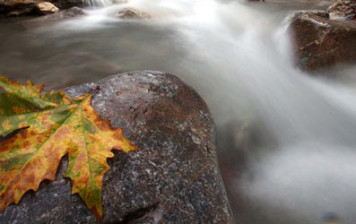 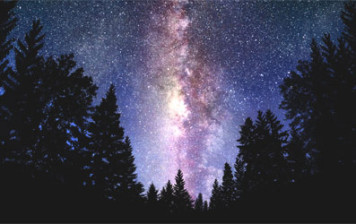 Is Fethullah Gulen an Imam?