Is Fethullah Gulen an Imam?

The 60 minutes TV show described Gulen as an ‘imam’. However, 60 minutes is not the first media to use this label for Gulen. Time Magazine on April 26, 2010 called Gulen “The Turkish Imam” whereas The Wall Street Journal on June 4, 2010 referred to him as “Reclusive Turkish Imam”, and The New Republic on November 10, 2010 went with “The Global Imam”.

It is well known that Mr. Gulen was a preacher throughout his career, after he was assigned as a ‘preacher’ to city of Kirklareli on July 31, 1965. He served as imam for a short time in his long preaching career.

Imam in the Islamic Terminology and Turkish Understanding

Merriam-Webster defines “imam” as 1) the prayer leader of a mosque, or 2) a Muslim leader of the line of Ali held by Shiites to be the divinely appointed, sinless, infallible successors of Muhammad, or 3) any of various rulers that claim descent from Muhammad and exercise spiritual and temporal leadership over a Muslim region. The Turkish understanding of imam is mostly as described in part one, because the majority of Muslim population in Turkey is not Shiite but Sunni.

Wikipedia differentiates a little more between Sunni and Shiite understanding of imam: “An imam is an Islamic leadership position, often the worship leader of a mosque and the Muslim community. Similar to spiritual leaders, the imam is the one who leads Islamic worship services. More often, the community turns to the mosque imam if they have a religious question. In smaller communities, an imam could also be the community leader. The Sunni branch of Islam, where to approximately 90% of Muslims adhere, does not have a clergy and therefore an imam is not a cleric like that of a Catholic Christian priest. In the Shia (Shiite) branch of Islam, the concept of an imam occupies a much more central religious position. The Sunni branch of Islam does not have imams in the same sense as the Shiite.” The term is also used for a recognized religious scholar or authority in Islam, often for the founding scholars of the four Sunni madhhabs, or schools of jurisprudence (fiqh). It may also refer to the Muslim scholars who created the analytical sciences related to Hadith.

Following the above definitions, it is clear that Gulen is an imam neither in the Shiite sense nor in the Sunni sense.

Considering his life, his writings, his speeches, and what he has promoted throughout his life, it might be more correct to call Fethullah Gulen an educator, a scholar, a peace advocate, a preacher, a thinker and an intellectual leader. Gulen abnegates any adjectives that would associate him any superiority or a religious leadership, but he has inspired hundreds of thousands in civil society to promote education, dialog, outreach and charity.

It is now right to ask: why does such prestigious media chose to call Gulen ‘the imam’? 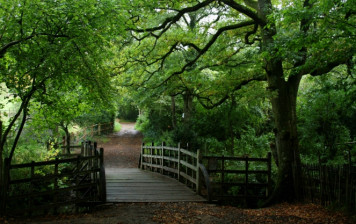 The Intellectual Shaping of Fethullah Gülen

The world into which Gülen was born in 1941 was one where, in his country of birth, the Ottoman reality with a staunchly proclaimed declaration of complete religious…