Its institutions and actors continue to initiate new mediations of liberalism and Islam, even as they simultaneously remain subject to the powers of doubt and suspicion that liberalism engenders.

Hizmet institutions in contemporary Turkey achieve creative commensuration of liberal and Islamic discourses and practices. This commensuration is evident on two levels: moral-theological and institutional-sociological. Ethical concepts such as “positive action” (müspet hareket), “service” (hizmet) and “piety” (taqwa), and institutional forms such as the charitable foundation/pious endowment (vakıf) each constitute moments of synthesis between liberal and Islamic discursive traditions. Above all, the distinctive Hizmet initiative of interreligious dialogue exemplifies this process of mediation. By drawing simultaneously on Islamic and Ottoman precedents to articulate a proper relationship between Muslims and the “Peoples of the Book”—especially the Ottoman millet system—and liberal values of respect and tolerance for the other, Hizmet has forged a liberal-Islamic mode of nongovernmental politics, rooted in the sphere of civil society.

Is Hizmet liberal? If we focus on the mediations traced throughout this essay, we might be inclined to answer in the affirmative. In another respect, however, the question is a red herring. Rather than a mere descriptive query, it is a political interrogation that exerts hegemonic and disciplinary power.

… I submit that liberalism functions in much the same way: Liberal governance monitors and disciplines its subjects by constantly questioning their very commitment to liberal values and practices. As both scholars of Hizmet and its enthusiasts well know, there is an intractable quality to the question, “Is Hizmet liberal?” No matter how vociferously and decisively Hizmet members seek to resolve this question, an inexhaustible suspicion over Hizmet’s “true motivations” and “ultimate goals” remains ubiquitous.

The question of Hizmet’s liberalness has become all the more entrenched due to global developments in the wake of 9/11, as a result of which the political project of distinguishing “good Muslims” from “bad Muslims” in the United States and Western Europe has intersected with domestic debates within Turkey over the place of a “moderate” (ilimli) form of Islam in the political process. In this respect, liberalism remains a “questioning power” that Hizmet actors and institutions cannot avoid.

At the same time, however, the questioning power of liberalism as a mode of governmentality fails to encompass the whole story. Hizmet actors and institutions in Turkey relate in two markedly different ways to liberalism. On the one hand, they forge syntheses between liberal and Islamic practices and discourses, which serve as trenchant criticisms of illiberal Turkish secularism. On the other hand, Hizmet remains an object of liberalism’s questioning power and suspicion. Notably, this overwrought, double relationship to liberalism does not seem to characterize Hizmet on a global scale. During several preliminary interviews with a variety of Hizmet institutions in the United States of America, I was struck by how little the questioning power of liberalism seems to affect Hizmet abroad. An assistant director at a Hizmet foundation in the US remarked, “Here (in America), we can breathe easily, we don’t have to answer to the constant suspicion and politics in Turkey.” This sentiment is especially remarkable given the general hegemony of the “questioning power” of liberalism and secularism in relation to Islam in the United States since 9/11.

This double relationship between Hizmet and liberalism in Turkey partially stems from the protean character of liberalism itself. In as much as liberalism is a relatively new state project in Turkey, one which has not achieved full hegemony, its relationship to previously marginalized groups (including, but by no means limited to, Hizmet) is double: liberal values inspire liberal suspicion.

It is crucial to note that Turkey is not a fully liberal democracy. And this is where the tension of the question – “Is Hizmet liberal?”- derives its durability. As many anthropologists, sociologists, and historians have demonstrated, Kemalism- state-based, laicist secularism in Turkey-is characterized by an illiberal relationship to Islam. Even a brief genealogy of Kemalism highlights the illiberal impulse that has oriented the relationship between state and Islam in the Turkish Republic.

As numerous scholars have argued, the three decades since the military coup of 1980 have witnessed both the neoliberal transformation of Turkey’s economy and society, and the concomitant, albeit partial, liberalization of Turkish political and cultural life. Despite this era of transformation, however, Kemalist laicism and its illiberal relationship to Islam remains entrenched in many corners of the Turkish state. Thus, the relationship between Hizmet and liberalism in contemporary Turkey is necessarily double. On the one hand, Hizmet institutions and actors, like many other actors in Turkish civil society, have articulated liberal critiques of illiberal state practices in Turkey. By seizing on liberal values of tolerance and freedom of individual choice to criticize Kemalism, Fethullah Gülen and Hizmet have initiated a synthetic process of mediation between the discourses of liberalism and Islam. In so doing, Hizmet exemplifies what I have elsewhere described as the “civil society effect:” the manner in which identities and practices in civil society are naturalized as authentic and pre-political. On the other hand, the relationship between liberalism and Hizmet is not entirely seamless. As the agent of a new, liberal mode of governmentality in Turkey—one that is secular without being laicist—Hizmet is also the object of pervasive suspicion. “Is Hizmet liberal?” thus remains an intractable question.

The Hizmet Movement of Fethullah Gülen exemplifies the dynamics of this dual character. Its institutions and actors continue to initiate new mediations of liberalism and Islam, even as they simultaneously remain subject to the powers of doubt and suspicion that liberalism engenders.

Excerpted from the article “Is Hizmet Liberal?” Mediations and Disciplines of Islam and Liberalism among Gülen Organizations in Istanbul in Sociology of Islam 1 (2013). Pages, 145–164 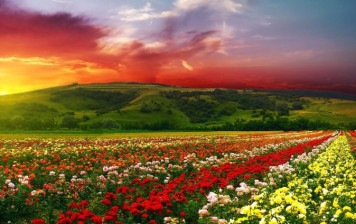 The Gulen Movement: An Islamic Response to Terror as a Global Challenge

As regards tolerance and forgiveness, Gulen explains how true Muslims should behave towards the ‘other’ expecting nothing in return for their humane behavior. Against this conduct based on…

Hizmet movement is a social movement that cherishes each and every human being as a unique creation of God while striving to achieve three overarching goals: (a) advocating… 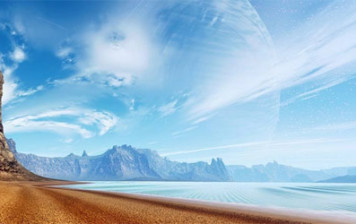