Is the Gülen Movement a Religious Order?

Even though the essential dynamics of the Gülen movement look similar to those of the classical Islamic tradition of spiritual orders in certain aspects, its organization is different with regard to producing civil initiatives and its way of acculturation. Max Weber’s concept of “worldly asceticism” can help analyze the Gülen movement only to a certain degree. Instead, it is a movement that has been organized by civil dynamics. The Gülen movement is defined by modesty, self-sacrifice, altruism, devotion, togetherness, service without expectations, and by a depth of the spirit and heart with no anticipation for personal gain for any intention or deed. These are all concepts of Sufi culture, and these are also among the intellectual and active dynamics of the movement. But these concepts do not only relate to a person’s own inner world, as in some Sufi orders; they are also directed to the outside, to what is social, to the same degree. In that respect, the awareness of religious depth and servanthood to God has more all-encompassing and social aims. Weber views such action as a “rationalization of religious and social relations.” But even such a notion does not fully encompass the rational and social dynamics of the Gülen movement.

Religious orders are directed toward both the personal and the private. They make the individual grow cool toward the world and direct him or her to experience spiritual challenges at a personal level. Even though he or she is not removed entirely from social life, a religious order instills a rigid sense of discipline so as to allow little space for new openings. The Gülen movement differs in that it is inspired by a philosophy that is akin to that of Rumi (d. 1273), Yunus (d. 1321), and Yesevi (d. 1165), which is embedded in a wider social context. [1]

It is like a contemporary projection of the message of these historical Sufis. In this projection, “religious motive” and “social action” work in great harmony. Just as elements of self-discipline mature the person, they make him or her a participant in shared aims in the social sense. Gülen’s understanding of service requires a genuine spirit of devotion. This fits in with the ascetic definition of Weber, and yet it is a dynamic that is broader and has greater continuity.

Gülen invites Muslims to fulfill the pillars of Islam (daily prayers, fasting, charity, pilgrimage) by taking modern conditions into consideration. He instills a broad understanding of charity to include the gifts of time and effort, not just money; he similarly conveys the idea that prayer is not just for us, but also for others. Thus, taking these as his starting point, Gülen’s definition of “service” becomes both broad and continuous, extending to national, human, moral, and universal values. It adopts a rational attitude toward the basic values of state and nation. When one speaks of a “person of service,” one refers to a person with a vast heart who can embrace a wide perspective, selfless service, and devotion. And this requires a transcending love for religion, for nation, and for humanity. That is why Gülen frequently refers to those who are filled with such a transcendent love, and ready to face any challenges on this path, as “muhabbet fedaileri” (guardians of love).

[1] These Sufi figures of Turkish history are considered to represent the most welcoming interpretation of Islam. Their poetry and exemplary life stories have been narrated generation after generation. 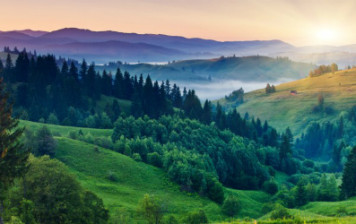 The followers of the Gulen movement tend to be pragmatic in their political choices, voting on issues, and local alliances. Religion is not the sole criterion for their… 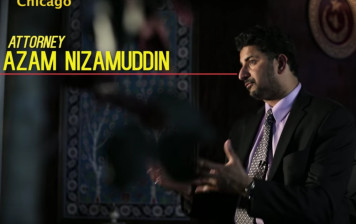 [Erdogan] has called Hizmet a state within a state, which to me is a strange characterization. To me, that’s like saying that the Catholics are a state within…