The actions and attitudes of your interlocutors affect your views and expressions. During the interfaith dialogue process of the 1990s, I had a chance to get to know practitioners of non-Muslim faiths better, and I felt a need to revise my expressions from earlier periods.

JAMIE TARABAY: Some statements concerning Jews or Israel in your early sermons have been perceived as anti-Semitic. How do you respond to this?

The actions and attitudes of your interlocutors affect your views and expressions. During the interfaith dialogue process of the 1990s, I had a chance to get to know practitioners of non-Muslim faiths better, and I felt a need to revise my expressions from earlier periods.

I sincerely admit that I might have misunderstood some verses and prophetic sayings. I realized and then stated that the critiques and condemnations that are found in the Koran or prophetic tradition are not targeted against people who belong to a religious group, but at characteristics that can be found in any person.

In some cases my words have been taken out of context. Sometimes people with questionable intentions selectively extract statements from my speeches and writings without regard to the context or circumstances. My efforts for interfaith dialogue were criticized as softening Muslims’ perspectives on Jews and Christians. I have not done anything that I did not believe to be in the footsteps of the Prophet Mohammed. He was the one who stood for a funeral procession of a Jewish resident of Medina, showing respect for a deceased fellow human being.

It is a fact that I criticized certain actions of Israel in the past. But in my mosque sermons, I also categorically condemn terrorism and suicide bombings that target innocent civilians. 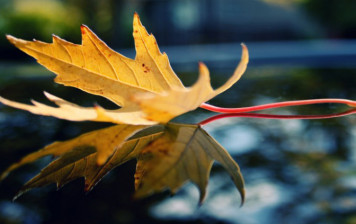 “The Characteristics of a Believer” by Fethullah Gulen

God loves them, and they love God. They are always filled with the excitement of loving and are enraptured by the feeling of being loved. With humility and…