Gülen stresses that wherever a Muslim is, even outside a Muslim polity; he or she has to obey the law of the land, to respect others’ rights and to be just. He does not see the world not in terms of Muslims versus others. He also does not think that trying to revive the Caliphate is feasible.

Fethullah Gülen has stayed away from ideologisation and instrumentalisation of religion in politics. While Islamists had conceived Islam as identity, ideology and politics and focused on religion instead of religiosity, Gülen had been harshly critical of Islamists. “The distinction between political ambition and religious activism is crucial for a correct understanding of Gülen’ s mission” (Ozdalga 2000).

Unlike Islamists, Gülen does not pursue an identity politics and does not define himself by the Other. In other words, he does not have a constitutive other. In his discourse, “(o)therization and adversary component is weak” (Komecoglu 1997: 86), which is not reactive but proactive, not having “us” versus “them” coarse schism. To put it differently, “unlike the confrontational New Social Movements, the Gülen movement has engaged in ‘moral opposition’, in which the movement’s actors seek to empathize with the adversary by creating (what Bakhtin calls) ‘dialogic’ relationships” (Gurbuz 2007: 104).

Gülen does not see the world in political terms and does not draw imaginary boundaries. As skilfully expressed by Klas Grinell (2010), Gülen is a “border transgressor.” Gülen’s frequently used term dar al-hizmet (country of service) reflects his border transgressing vision (Yilmaz 2003: 234). By employing ijtihad (independent reasoning), he bases this border transgressing understanding on – and also extends to- the Islamic jurisprudence (fiqh). He does not divide the world by employing mutually exclusive concepts of dar al-harb (abode of war) and dar-al Islam (abode of Islam, peace) but sees it as an almost coherent place, as it were, that needs to be served continually by utilizing the concept dar al-hizmet (abode of service to humans, thereby God) (Yilmaz 2007: 35). Gülen stresses that wherever a Muslim is, even outside a Muslim polity; he or she has to obey the law of the land, to respect others’ rights and to be just, and has to disregard discussions of dar al-harb and dar al-Islam. In Gülen’s understanding, umma is a transnational socio-cultural entity, not a utopian politico-legal one (Yilmaz 2003: 235).

He does not see the world not in terms of Muslims versus others. He also does not think that trying to revive the Caliphate is feasible: “I would say that the revival of the Caliphate would be very difficult and making Muslims accept such a revived Khilafah would be impossible. The perception of the modern world regarding the revival of Khilafah must be considered” (Gülen 2005: 457). Gülen “subscribes to a remarkably different interpretation of the Muslim world and realistically draws the boundaries where Turkey can play a leadership role.

He rejects that a clash between the “East” and “West” is necessary, desirable or unavoidable. In Gülen’s worldview an abstract West is not the enemy of Muslims but ignorance, poverty and disunity are: “unlike many Islamic revivalist movements, the Gülen movement shaped its identity against the perceived threat of a trio of enemies, as Nursi named them a century ago – ignorance, disunity, and poverty. This perception of the opposition is crucial to understanding the apolitical mind-set of the Gülen movement’ s followers” (Gurbuz 2007: 104).

He has been supportive of Turkey’s accession to the European Union (Ünal and Williams 2000, 189). “Gülen’s pro-Western attitude has played a key role in the domestication and softening of other Islamist groups’ anti-Europe and anti-U. S. positions. Although many Islamists eventually came closer to embracing this idea, a majority of them initially criticized Gülen for his pro-Europe views. He was one of the first Islamic leaders to embrace the idea of EU membership and at a time when Islamists in general regarded it as a threat to Turkish security and Islamic culture” (Kosebalaban 1999: 176).

Gülen’s self-confidence and positive view of the world are “in contrast to Wahhabism, Tablighism, and Jihadism, Sufism as advanced by the Gülen movement has a positive view of the world entire. The internal workings of the universe—science, history, politics, art and culture, philosophy—are not something Muslims should fear or stuff into an Islamized box but rather engage positively in view of the spiritual insight of Islam” (Heck 2007: 645).

Gülen’s “acceptance of the two Turkish identities—European and Islamic—as complementary rather than contradictory was innovative at a time when both secular and Islamist identities totally rejected this duality. Gülen’s national-security identity encourages Turkish foreign-policy decision makers to remain fully on track with EU membership. As a leader of a significant Islamic movement, he gave his approval to this policy goal. Many Turkish Islamists joined him later, unloading the Islamic element in the anti-EU camp. Yet Gülen also defends the argument that the success of Turkish diplomacy in the West lies with its success in the East” (Kosebalaban 1999: 182).

In comparison to Islamism’s simple but abstract assertion to surrendering to the ancestors, i.e. returning to the golden age of pristine Islam will solve all problems of Muslims; Gülen endeavors a concrete socio-economic and cultural analysis of the current spatio-temporal context and based on this analysis offers concrete solutions to tackle Muslims’ enemies rather than insisting on abstract rhetoric. If ignorance is one of three major enemies, then the Gülen project’s offer would be education at different levels, not only at schools or not only religious education. Gülen’s educational project covers life. It is not only confined to mosque nor is it only confined to secular schools. It also includes family education, child upbringing (see his book Cekirdekten Cinara), educating religious scholars (Atay 2007), educating by example (tamsil) not only in classrooms etc. If poverty is Muslims’ second enemy, then Gülen’s offer would be establishing charity organizations (Kimse Yok Mu?) in addition to education’s indirect help to lift people’s socio-economic status. If dissention or internal conflict is the third major enemy, then, dialogue, tolerance and mutual understanding are the remedies to tackle this conflict. As can be seen, Gülen movement’s major projects all focus on either of these three areas and the movement’s media organizations play also supporting roles in this global civil activism.

Source: Yilmaz, Ihsan. 2011. “Beyond Post-Islamism: Transformation of Turkish Islamism Toward ‘Civil Islam’ and Its Potential Influence in the Muslim World,” European Journal of Economic and Political Studies, Vol. 4, No. 1, pp. 261-64.

The actions and attitudes of your interlocutors affect your views and expressions. During the interfaith dialogue process of the 1990s, I had a chance to get to know… 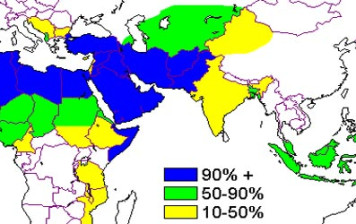 Leonid R. Sykiainen In a number of his publications Fethullah Gülen analyses in a short but very deep manner the present situation in the Muslim world. He agrees that during… 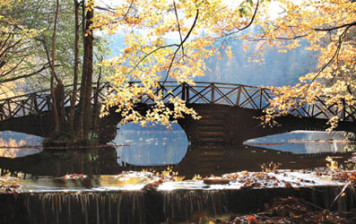 Below is an interview by Nuriye Akman with sociologist Elisabeth Ozdalga about Fethullah Gulen and religion/secularism issues in Turkey. Akman interviewed Ozdalga in June 2003. Akman: Why are…