In favor of democracy, Hizmet Movement is clearly focused on common good

One of the things I admire about Hocaefendi is the way he has threaded the needle in the relationship between civil society and politics. My understanding is that when the current prime minister was elected, and the current prime minister said, I have a commitment to democratic society, we have a constitution currently that was written in 1980 during a military coup, that we need a new constitution, we need to recognize the full rights of minorities, such as Alewites, Armenians and Kurds in our own country, that the Movement was in favor of those values and that direction, so they said, we will support this party and this prime minister because you are pursuing those goals.

And, of course, it’s always tricky when you do that and some people say, aa you’re really showing your cards now, you’re really a political movement, not a civil society movement. And the movement said, no.

Then, when the prime minister backtracked and began to back away from that full commitment to democracy, then the movement criticized those actions.

I think Fethullah Gulen has said it very well and very succinctly; we have not moved, we are—and continue to be—where we are at in favor of working for true democracy out of the context of civil society. It’s the political game in Turkey that has shifted. And, my guess is that the people committed to the movement were always committed to the movement for its values, its principles, its ideals, not for some kind of personal benefit. And now that the movement is currently under siege, they’re not going to abandon the movement. They’re going to continue to be where they have been, and, probably, this will only deepen the commitment of those in the movement as they experience this turmoil.

Tim Danahey: I believe a government would use an organization as Hizmet to distract people, to get people to hate blindly, to accuse others for a government’s own failures; these are common tactics used throughout history. It’s a playbook that unjust governments use and so it’s important that we continue with the path of education, that we continue with the path of kindness. There will be no violent revolution, there will be no outrage, no rising up against any government.

Nader Hashemi: Who talks about Turkey today as a model? And the reason why people don’t talk about Turkey as a model is because, and exactly because, of the authoritarian and thuggish policies and behavior of the current Turkish Prime Minister. So, I think, his reaction to the Hizmet Movement is really a reaction that is motivated not by anything that the Hizmet Movement has done that is illegal or immoral but he doesn’t want to answer for the policies that he’s pursuing.

So, I think the accusations are unconvincing. I think they are mean spirited. And I’m hoping that Turkish society can figure out a way to resolve this problem that they’re currently experiencing, because if they can, and I hope they can—I’m still very optimistic about Turkish democracy. Democracies always face difficult moments, crises. I think we’re seeing that happening today in Turkey. The challenge, really, is for all members of Turkish society to try and come together and resolve this non-violently, peacefully.

Robert Bennett: When I then heard that not only the prosecutors, but thousands of policemen and even judges were being transferred, were being taken out of important assignments, were being sent to the hinterlands, were being sent out to the provinces, one has to wonder: is this really a democracy and a country based on laws, or is it based on a dictatorial mandate that’s coming out of Ankara and from the presidential palace? Because this is not the way that an investigation should be conducted.

Diane Christman: I don’t know the full story of what’s currently going on in Turkish politics. I do think it’s very disappointing that the Prime Minister is, in my opinion, using Mr. Gulen as a scapegoat. I think that… I mean, let’s look at it this way; democracy is messy and Turkey is a young democracy and there’s always going to be challenges. At the same time, I think that change is frightening for people. I don’t think it’s an excuse to slander somebody and to disavow a movement that is clearly focused on only doing good things and benefiting people and trying to bring the world closer together. It’s a disappointment but I’m a strong believer that, in the end, the truth and good triumph and prevail and that they emerge. 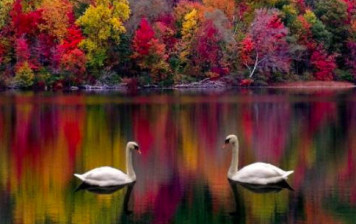