Throughout Gülen’s teaching, one can see an abiding concern with fostering a communitarian ethos that aims to improve modern society through the revitalization of Islamic spiritualism, individual religious piety and service to others. Gülen’s ideas are effective in practice because they have rationalized religious ideals and shown their core compatibility with secular interests. This is a projection of worldly mysticism onto his understanding of secularism.

Throughout Gülen’s teaching, one can see an abiding concern with fostering a communitarian ethos that aims to improve modern society through the revitalization of Islamic spiritualism, individual religious piety and service to others. Of course, in some secularist contexts—such as in the post-Soviet countries of the larger Turkic world—this could be seen as a challenge to the normative framework and to purely areligious forms of sociability. This may be one reason why critics have mistakenly suspected the Hizmet members as crypto-Islamists who harbor a hidden agenda. But the movement’s approach to transforming intra-personal relations through Civil Islam and achieving peaceful socio-cultural change is very different from the Islamist approach, both in terms of its relation to the public sphere and also because it is not at odds with modern secularism and civil democracy.

Gülen’s ideas are effective in practice because they have rationalized religious ideals and shown their core compatibility with secular interests. This is a projection of worldly mysticism onto his understanding of secularism. In fact, he seeks to eradicate the elements which give rise to actual and potential conflict between Islamic religious interests and the modern world. The absence of any deep antagonism between “the divine” and “the worldly” in Gülen’s theology facilitates this idealistic effort. As a practical matter, Gülen takes seriously the general failure of many Muslims to succeed at modernizing their societies in the realms of science, technology and education. For these reasons, he seeks to prove that science and Islam are not at odds. In his view, the more Muslims witnessed the perfect order of nature by the use of modern sciences, the greater they understand God. Through this, the modern idea of progress through the advance of science, technology and education is shown to be perfectly compatible with an esoteric and spiritual understanding of Islam. As early as 1997, Gülen explained his understanding of modern secularism, stating firmly that it does not represent a non-Muslim way of life. (1) The modern separation between the sacred and pro- fane is accepted in reformed Sufism. For him, “secularism cannot be rejected…[it] consists of worldly affairs which are a part of human life… Secularism includes both the sacred and profane wherein they are separated.” (2)

According to Gülen, such an understanding of secularism based on the dichotomy between the sacred and profane actually existed before the modern era in the times of the Seljuks and Ottomans. Indeed, the numerous volumes of Ottoman Secular Law (Osmanlı Kanunnameleri) demonstrate the Sublime Porte’s secular approach to solving worldly problems: the body of law relied on secular reasoning independent from Sharia. Moreover, Gülen has argued that without secularism, the Ottomans’ multi-ethnic and multi-religious administration of a population of two hundred fifty million people on three continents could never have succeeded.

While Gülen embraces modern secularism, he is opposed to radical secularism, including the imposition of the idea that humanity can be religion-free; to the general trend toward the desacralization of human nature; and to anti-democratic oppressive ideologies which are rooted in secularism, such as communism. As he writes:

Secularization is an inevitable characteristic of human nature. But man is not only a body. He has a soul, too. He has a metaphysic dimension besides the physical one. He has both sacred and profane aspects. Therefore a perfect democracy can welcome both the physical and metaphysical needs of its subjects. (3)

In a newspaper interview on the same subject, Gülen went further, arguing that modern democracy actually requires religion to nourish and sustain it:

The needs of a person are not solely made up of worldly needs. People should have the benefits of freedom of thought and freedom of economic action, but they also have another side which is open to eternity… If democracy is to be a full-fledged democracy, it needs to include things that help to fulfill such demands and it needs to give support to them. That means, democracy requires a metaphysical dimension. It also needs a side that is open to our accounts for the other world, to our unfulfilled accounts. Why not have such a democracy? (4)

Gülen’s understanding of secularism is connected to his efforts to transcend the conflict promoted by Islamists between Islam and modern pluralism. The Hizmet movement does not make the stark distinctions that Islamists make between Islam and un-Islam. Instead of the binary opposition promoted by “dar-al Harb” (place of war) and “dar-al Islam” (place of Islam), Gülen describes the modern world as “dar-al Hizmet,” or as a “place of service.” For this reason, Klas Grinell defines Gülen as a “border transgressor.” (5) Gülen imagines the world through this secular dimension, and his idea of “service to humanity” is the core of his Civil Islam approach. Moreover, he does not see the Ummah as a political entity, that is, as the “Muslim Nation,” but as a socio-cultural space that is internally diverse and not opposed to the non-Muslim world. For these reasons, the movement has spearheaded inter-faith initiatives and other forms of outreach aimed at curtailing the clash between Islam and the West promoted by Islamist movements and others. As John O. Voll has observed, “in the clashing visions of globalizations, F. Gülen is a force in the development of the Islamic discourse of globalized multicultural pluralism. As the impact of the educational activities of those influenced by him attests, his vision bridges modern and postmodern, global and local, and has a significant influence in the contemporary debates that shape the visions of the future of Muslims and non-Muslims alike.” (6)

Against the Islamist conceit of the Islamic State, Gülen stresses the fact that “Islam does not propose a certain unchangeable form of government or attempt to shape it.” (7) In fact, the only fundamental principles that Islam prescribes for political life are the “social contract and [the] election of a group of people to debate common issues.” (8) Thus, rather than opposing civil democratic modernity, Islam requires many of its core tenets:

On the issue of Islam and democracy, one should remember that the former is a divine and heavenly religion, while the latter is a form of government developed by human beings. The main purposes of religion are faith, servitude to God, knowledge of God (ma’rifah), and good deeds (ihsan). The Qur’an, in its hundreds of verses, invites people to the faith and worship of the True (al-Haqq). (9)

In this approach, the separation of the religious and political domains that civil democratic modernity rests upon is obvious; human beings are existentially free not only to make choices about their personal lives but also to make choices with regard to their political actions. (10)

… in Islam it is not possible to limit the concept of governance and politics into a single paradigm… (11) If secularism is understood as the state not being founded on religion, hence it does not interfere with religion or religious life; as the faithful living his religion does not disturb others; and furthermore if the state will accomplish this task in a serious neutrality, then there is no problem [for Muslims].” (12)

While Islamists remain focused on their political and other worldly agendas, Gülen keeps reiterating that a Muslim’s life revolves around worship. He is thus deeply critical of Islamism’s literalist approaches to the Quran and politicized Islam and focuses instead on what is most important to modern Muslims, that is, the renewal of their faith:

If a state… gives the opportunity to its citizens to practice their religion and supports them in their thinking, learning, and practice, this system is not considered to be against the teaching of the Quran. In the presence of such a state there is no need to seek an alternative state. (13)

Through this, Gülen strongly opposes Islamism’s penchant for seeing the Quran as the foundation for a political project:

The Quran is an explanation of the reflections of the divine names on earth and in the heavens… It is an inexhaustible source of wisdom. Such a book should not be reduced to the level of political discourse, nor should it be considered a book about political theories or forms of state. To consider the Quran as an instrument of political discourse is a great disrespect for the Holy Book and is an obstacle that prevents people from benefiting from this deep source of divine grace. (14)

On the basis of this, the Hizmet movement seeks to promote a new Islamic attitude, one that embraces secularism and that stresses tolerance and respect for all people regardless of their faith and worldview. Such an attitude is not only necessary for civil democratic modernity, but it is also required in Civil Islam. 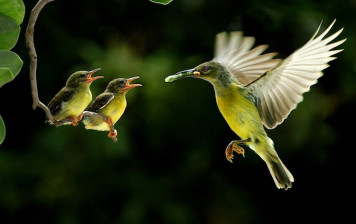 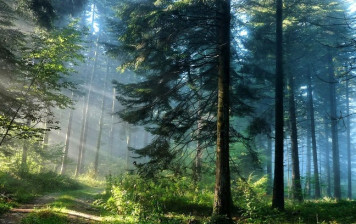 Given the increasing interest in forgiveness, students of forgiveness have studied its religious roots. Most of the Islamic theological writings that exist about forgiveness seem to center on…