It is on this basis that the Hizmet movement has competed directly with the revolutionary and authoritarian ideas of Islamists. The religious attitude of Civil Islam rejects the politicized doctrine and the “us vs. them” approach of Islamists, and instead stresses the importance of living Islam through sincerity, honesty, personal piety, and through selfless service to others through modern civil society.

The Hizmet movement originated in Turkey and is now active in education, civil society, business and other activities in over one hundred and fifty countries worldwide. Fethullah Gülen (b.1941) is the social and the spiritual leader of the movement. The movement, which is not sponsored by a government or by a political party, is a transnational civic initiative rooted in the spiritual and humanistic tradition of Islam. One of the main goals of the Hizmet organization has been the elevation of a Muslim consciousness that is compatible with modern civil democracy and opposed to Islamism. For Gülen, Islamists are usually motivated by personal and political agendas rooted in the pursuit of worldly ambitions and power as well as by anger and hostility toward others:

Muslims cannot act out of ideological or political partisanship and then dress this partisanship in Islamic garb, or represent mere desires in the form of ideas; strangely enough, many groups that have put themselves forward under the banner of Islam export a distorted image of Islam and actually strengthen it.  (1)

As a Muslim movement, Hizmet seeks to revitalize religious faith, and it also believes Islam has a role to play in enriching and sustaining civic and democratic political life. But in sharp contrast with Islamists, participants do not seek to become a political party, nor do they seek political power for themselves or for the purposes of spreading a particular political ideology. Instead, the movement aims to improve modern society and advance the human condition by strengthening spirituality and individual piety. Hizmet does this through encouraging individuals to embrace certain “life-strategies” which stress worldly asceticism (zuhd), self- negating altruism and service to others.

The pietistic character of Hizmet teachings and the movement’s focus on individuals are important to grasp. Gülen’s understanding of Islam and Islamic scripture is esoteric rather than an exoteric. While Islamists promote a juridical and politicized interpretation of the Quran, Gülen’s approach to the Quran aims to reveal its deepest teachings on spirituality and humanity’s longing for the Divine Being. Indeed, the importance of Sharia law is mentioned only two times in the Holy Book (42:13 and 45:18) whereas the exigency of faith is manifest on numerous pages. Through rich and literary exegesis, Gülen helps to reveal Islam’s inner spiritual dynamics and he stresses over and over again the “self-transcendent” experience that is possible to anyone in everyday life. Illuminating these aspects of Islam was Gülen’s motive in composing his four-volume study, Emerald Hills of Heart: Key Concepts in the Practice of Sufism. Through a learned reconstruction of traditional Sufism and concepts, the study shows, among other things, the limits and fundamental poverty of Islamist thought and it helps to overcome the seeming incompatibility of Islam and civil democratic modernity. (2)

While Fethullah Gülen’s multifaceted teachings are clearly rooted in classical Turkish Sufism, he is best understood as a modern reformer of these spiritual traditions who is involved in updating them for the modern world. (3) In the Sufi approach, those who are fettered by and obsessed with worldly ambitions cannot perceive or come close to Nur, that is, “the Light.” In religious practice, therefore, everyday desires and attachments to the material world are drastically devalued, and complete closeness with the Divine Being is sought. Gülen’s very style of preaching is unique and charismatic, and meant to underscore his mystical and personal asceticism. His sermons are full of symbolism, allegories and aphorisms; instead of canonical interpretation, the spiritual and internal dimensions of Islamic belief are accentuated. Gülen often weeps during his sermons, and he points to the example of the early Muslims (the Sahaba, the friends and helpers of the Prophet Mohammad) in an effort to re-enact their well-known sufferings and their struggles in the way of Islam. Such emotional performances serve as an expressive vehicle to establish connections between the earliest Muslims and contemporary ones. (4) But in contrast to the harsh rhetoric of Islamists, Gülen’s preaching looks to the early Muslims’ compassion and love; as the Prophet had said to his friends, “God Almighty is kind and likes kindness in all things” (Bukhari 6601). Through this, a type of saintly personality is suggested as a model for emulation, and believers are encouraged to take as their life-project the goal of triumphing over carnal desires, politicized ambitions and the fleeting pleasures that the world offers to the egotistical self. For Gülen, “when one sacrifices his enjoyment of material pleasures, he grows perfect as long as he frees himself from selfishness and self-seeking and lives only for others.” (5) Through this, the selfish ego and worldly political ambitions vanish in the all-pervasive ocean of Islamic spirituality.

While such self-transcendent practices are emphasized, Gülen does not call for renouncing or withdrawing from modern society. The world should be abandoned only in one’s own soul, that is, internally, but not externally. In this, Hizmet participants depart from the ways of the dervishes of the traditional Sufi brotherhoods. The dervish’s focus is exclusively on the “other-world” and is thus radically anti- social. By contrast, the personal asceticism taught by Gülen stresses the importance of involving one’s self in the modern world; far from being an obstacle to self-transcendence, Gülen’s followers regard deepening engagement in modern civic life for the benefit of others as an opportunity to become closer to God.

On the basis of this, the Hizmet movement rejects the politicized approach of Muslim Brotherhood ideologues like Said Qutb who call on believers to renounce the jahalliya (ignorance) of the modern world and to struggle against the “un- Islam” of civil democracy. Indeed, as Paul Heck has argued, in contrast to the puritanism of Wahhabism, the anti-modern pietism of Tablighism, and the harsh and enmity-filled ideology of contemporary jihadism, reformed Sufism as practiced by the Hizmet movement adopts a positive view of the modern world. In this Islamic perspective, “the internal workings of the universe (science, history, politics, philosophy, art and culture) are not something Muslims should fear or try to stuff into an Islamized box but rather engage positively in view of the spiritual insight of Islam.” (6) As such, the Hizmet movement actively concerns itself with shaping and improving society in the image of rationalized religious ideals, including by altruistic service to others.

Living and engaging in the world not for selfish interests but for the benefit of others forms the basis of the Hizmet movement’s whole social action. For Hizmet participants, self-negating service to others can be regarded as a form of modern religious practice. This service to others is a function of individual choice; unlike in some traditional Sufi orders where prayer is imposed on individuals by the larger community, service to others is not externally-imposed or strictly systematized in Hizmet practice. Instead, individuals are encouraged to choose the intensity and frequency of their practice. For these reasons, participants can choose to apply the rationalized religious maxim of “living only for the others” in their roles as committed and pious teachers, as scientists, doctors, engineers, businessmen, tradesmen and so on. Because of this core teaching, it is not surprising that the movement has expanded rapidly—and not only in Muslim countries, but also in non-Muslim ones.

Gülen’s rationalization of religious ideals and principles that are in tune with modern secular practices forms the basis for his Islamic approach to civil society. He teaches the importance of living Islam in this world: “Our right foot is fixed upon the center of the truth (haqiqa) while our left foot is rotating in and around the seventy-two nations.” (7) As such, a Muslim’s identity and the call to Islam is not an obstacle to live in peace with the people of other faiths and secularist actors. Instead, Islam is a call to critical engagement and communication with others and to working together for shared goals like the betterment of human society. According to this secularized understanding of Islam, the purpose of a Muslim’s involvements in “the world is to tell the other persons diamond-like truths that they try to represent.” (8) It is on this basis that the Hizmet movement has competed directly with the revolutionary and authoritarian ideas of Islamists. The religious attitude of Civil Islam rejects the politicized doctrine and the “us vs. them” approach of Islamists, and instead stresses the importance of living Islam through sincerity, honesty, personal piety, and through selfless service to others through modern civil society. 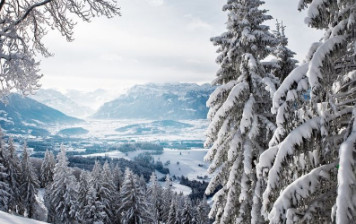 Probably the lack of transparency theme is the one that might seem to garner most traction. However, given that prosecutors have twice attempted to shut down all Gülen-related… 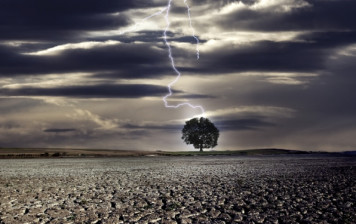 Why Is Turkey Targeting Hizmet? Questions about Erdoğan’s Post-Coup Crackdown

But if Hizmet was not involved, then who? The Turkish press has called out all the usual suspects: the United States, Israel, the Vatican, Kurdish nationalists, ISIS. Some… 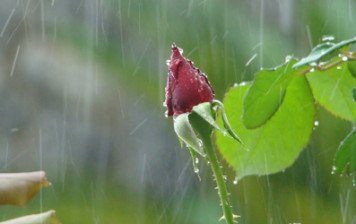 Is the Gülen Movement Apolitical?

Graham E. Fuller The Gülen movement eschews politics in the belief that it leads to social divisiveness and distraction from the essential issues of values and principle. In fact, the…