The Civil Islam of Hizmet once more verifies the movement’s anti-Islamist stance. The politicization of Islam is a dangerous path, one that could lead to totalitarian control of the state by giving ambitious men the religious license they seek to undermine the civil society and the separation of government powers that constrains them. If Turkey is to pull back from its current drift toward Islamist autocracy, then its citizens will need to resist the instrumentalization of religion for worldly power and demonstrate the compatibility of Islam with civil democratic modernity.

Over the last two decades, the hizmet movement has had a major influence on the ongoing transformation of Turkish political and religious life. The spread of Civil Islam has helped not only to usher in the post-Kemalist era, but it has also stimulated changes inside Turkish Islamism. Like the Muslim Brotherhood in Arab societies, the Turkish Islamist movement in the 1970s was hostile toward modernity, and it conflated religious belief with the need to struggle against the secular order and Western influences. The spread of Islamist ideology, therefore, has only sharpened the distinction between religious faith and loyalty to the modern Turkish state and its founding secularist ideology.

But Civil Islam offers Muslims an alternative model, one that shows that it is possible to live as a pious Muslim while embracing secular democratic pluralism.

Through this, religious faith and citizenship have become increasingly reconciled for sizeable segments of the Turkish electorate. The spread of Civil Islam has opened new possibilities for engagement with civil democratic institutions, just as it has counteracted Islamist efforts to politicize religion and fostered a new post-Islamist orientation.

Civil Islam has also been a major factor behind the political rise of the AKP. Of course, these developments cannot be understood in isolation from the larger sociological changes that have taken place across the country, most notably, the new economic and political vitality of Anatolia, where the AKP’s core political base lies. In many ways, the new Anatolian middle class embodies the Hizmet teachings: they are religiously conservative, but democratically and civically engaged professionals and business people. Civil Islam is deeply influential in Anatolia through Hizmet-affiliated educational and media institutions. In fact, many Anatolian business people as well as AKP politicians have sent their children to Hizmet schools. Moreover, the Hizmet-run daily newspaper Zaman has the largest circulation by far in Anatolian towns, and the majority of the AKP’s supporters are regular readers. (1) The entrepreneurial and pro-business outlook of this population has been fostered by civil associations, including the Hizmet-affiliated organization known as TUSKON (Turkish Confederation of Businessmen and Industrialists), which includes 7 business federations in 7 regions of Turkey, with a total of 176 business associations. As a whole, this has weakened the appeal of radical Islamism on the wider socially conservative masses of Anatolia, who have become increasingly open to international engagements.

For these reasons, Hizmet had considerable influence in shaping the AKP’s agenda during its first two terms as the ruling party, from 2002–2011. As the political scientist Ahmet Kuru and others have observed, the interactions between the Islamist elements within the AKP and the Hizmet movement played an important role in the formation of the party’s early perspectives on secularism, business and civil society. (2) Civil Islam in particular helped to weaken Islamism’s adversarial, anti-Western and authoritarian dimensions as it provided Muslims with a new way to connect to civic democratic institutions. Today, participants of the Hizmet movement are actively seeking to influence the AKP by stressing the importance of cooperation with non-Muslims and secularist Muslims, and also democracy and human rights. (3)

Moreover, the movement has also been a clear advocate for the EU membership process, and at home it has been an advocate for egalitarian democracy and free-market reforms.

Civil Islam as it has evolved in Turkey has the potential to influence other Muslim societies. Major developments in Turkey have already been followed by considerable interest by the media, thinkers and activists in many Muslim societies, and for its part, the Hizmet movement has increased its activities throughout the Muslim world. In 2006, the Hizmet movement responded to criticism that it was not paying sufficient attention to the Muslim world in comparison with its focus on dialogue with non-Muslims by launching a new initiative of the Abant Platform, which is a part of Journalists and Writers Foundation in Istanbul. The platform invited Arab, Jewish and Turkish intellectuals from Middle Eastern countries to discuss the future of the region. Later in February 2007, the platform co-organized a meeting in Egypt with the prominent Al-Ahram Institute to discuss Turkish and Egyptian experiences with democracy, modernization and secularism. A more recent 2011 meeting directly suggested that Turkish Civil Islam could become an inspirational model for the Arab countries to emulate. (4) Moreover, the Hizmet movement, being aware of the need to situate itself in the Middle East and demonstrate the relevance of Civil Islam to Arab countries, has published an Arabic-language magazine, Hira, since 2005. (5) Hira has been bringing together Turkey and the Arab world for eight years. 37,000 copies of the journal are distributed to intellectuals in the Arab world via subscriptions. The magazine and its social platform have organized more than 27 symposia and conferences in a number of countries (including Saudi Arabia, Kuwait, the United Arab Emirates, Jordan, Algeria, Egypt, Yemen, Morocco, Sudan and Turkey) that have attracted more than 2,500 Arab scholars and intellectuals. Hira’s media and social activities as well as educational initiatives draw attention to Civil Islam in Turkey, and the free exchange of ideas about Civil Islam has already helped establish some new educational initiatives in Arab societies. (6)

Taken together, the spread of Civil Islam teachings has helped to change the cognitive and normative political frameworks of observant Muslims in Turkey and beyond. It has shown that Islam and civil democratic modernity can go hand in hand. This has helped to ameliorate the societal tensions generated by the ideas propagated by Islamists, creating a new post-Islamist tendency. At the same time, it has created new tensions.

After all, the Hizmet movement’s understanding of Islam is stateless and cosmopolitan, and thus different from the perspectives of post-Islamists who still seek to use the state and democratic politics to promote Islamist practices against secular democratic ones. As Gülen puts it, Islam does not need a state to survive; in the modern age, civil society can independently maintain Islam even where Muslims are not the majority. (7)

The current struggle between Civil Islam and Islamists within the AKP will be the defining one for Turkey’s future. Indeed, now that the AKP has entered its third term in power, many have begun to question—and with good reason—whether the party is reverting back to Islamism. Some AKP politicians have engaged in heavy- handed rhetoric that resonates with modern Islamism. Prime Minister Erdogan’s renunciation of the Gezi Park protestors in Istanbul in the Summer of 2013 is seen by many as a sign that he and others in the AKP are becoming intolerant of secularist voices. Not everyone in the AKP supports this, however. Indeed, during the Gezi Park incidents, leading AKP political figures, including the popular President Abdullah Gül and the Deputy Prime Minister Bülent Arınç, openly disagreed with Erdogan. Since then, Erdogan’s criticisms of co-ed student housing at universities and his insistence on closing down prep schools and tutorial centers (opened to prepare students for achievement tests and university entrance exams) which belong to the private sector have raised new fears of the state being used to promote an Islamist agenda.

Erdogan’s Islamist bluster can damage his party. It has already deepened the fissures inside the political coalition that makes up the AKP. The proponents of Civil Islam within the AKP have largely resisted Erdogan’s growing authoritarianism, and they have sided with the country’s honest democrats.

The Civil Islam of Hizmet once more verifies the movement’s anti-Islamist stance. The politicization of Islam is a dangerous path, one that could lead to totalitarian control of the state by giving ambitious men the religious license they seek to undermine the civil society and the separation of government powers that constrains them.

If Turkey is to pull back from its current drift toward Islamist autocracy, then its citizens will need to resist the instrumentalization of religion for worldly power and demonstrate the compatibility of Islam with civil democratic modernity.

(3) The movement’s dialogue with non-Muslim religious leaders, for example with Ecumenical Patriarch Bartholomew, and the related support for the re-opening of the Greek Orthodox Halki Seminary is significant. All these acts mean that Hizmet defended the rights of religious minorities in Turkey and supported the idea of inter-faith dialogue.

(6) In part because of the Hira platform’s efforts, the Selahaddin College was launched in Egypt after the magazine’s first publication. Moreover, an Arab businessman, inspired by Hira, donated a vast amount of land for the construction of a school in Aden, Yemen. A substantial amount of investment has also been made to build a huge college campus and constructive steps have been taken to open five schools through donations from Moroccan philanthropists. 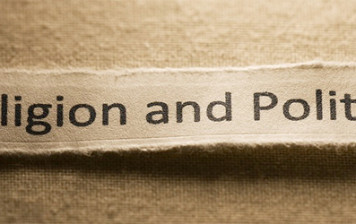 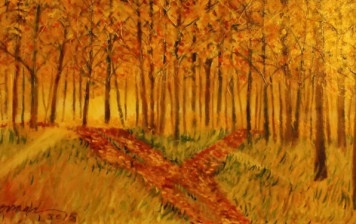 Political Implications of the Hizmet-Gülen Movement

Even though Hizmet views itself as a proponent of civil society, its work certainly has political ramifications. It is a faith-based movement, although scrupulous in presenting itself as…