Explaining the meaning of this principle for the modern Muslim world, Fethullah Gülen states that for the Muslims of today, consultation (shura) is a vital attribute and an essential rule, just as it was for the first Islamic generations. According to the Qur’an, it is the clearest sign of a believing community. The consultation is mentioned in the Qur’an together with salat (prescribed prayers) and infaq (giving to maintain the religion and people for the sake of God): “…Those who hearken to their Lord, and establish regular prayer, who conduct their affairs by mutual consultation, who spend out of what We have bestowed upon them for sustenance” (Shura 42:38).

The important things, which should be noted, are: consultation is the first condition for the success of a decision made on any issue. Even if a person has a superior nature and outstanding intellect, if he is content with his own opinion and is not receptive and respectful to the opinions of others, then he is more prone to make mistakes and errors than the average person. The most intelligent person is the one who most appreciates and respects mutual consultation and deliberation (mashwarat), and who benefits most from the ideas of others.

Consultation is one of the prime dynamics, which keep the Islamic order standing as a system. To the consultation belongs the most important mission and duty of resolving affairs concerning the individual and the community, the people and the state, science and knowledge, and economics and sociology. Even if the head of state or the leader is confirmed by God and nurtured by revelation and inspiration, he is under obligation to conduct affairs by consultation.

After discussing the fundamentals of consultation Fethullah Gülen declares the final conclusion: both of the revealed verses and the Prophet’s sayings related to the principle of consultation are extremely flexible and responsive to the needs of every era. They have a breadth, which surpasses all ages, such that, no matter how much the world changes and no matter how the times alter, even if humans were able to build cities in the sky, they would not feel the need to add new things to these decrees. In fact, all the other rules and principles of Islam are open to similar flexibility and universality, and have always retained, and will also retain in the future, their freshness, relevance and validity, despite the passing of time (Gülen 2005).

Fethullah Gülen follows the similar approach when discussing human rights as an important side of political reforms in the Muslim world. He is convinced that Islam is balanced, broad, and universal on this subject. Except for those who strive to tear down the state or the legitimate administration, or who have willingly taken someone’s life, the Qur’an teaches us: “Anyone who kills a person, unless it be for murder or for causing dissension and spreading corruption in the land, it would be as if he killed humankind all together; and if any one saves a life, it would be as if he saved the life of humankind all together” (Al-Ma’ida 5:27-32) (Unal and Williams 2000:133-134).

The thinker analyses different rights recognized in Islam like the freedom of religion and belief, thought and expression, to own property and the sanctity of one’s home, to marry and have children, to communicate and to travel, and the right to an unimpeded education. He underlines that the principles of Islamic jurisprudence are based on these and other rights, all of which have now been accepted by modern legal systems, such as the protection of life, religion, property, reproduction of humanity, and intellect, as well as the basic understanding of the equality of people, which is based on the fact that all people are human beings, and subsequently, the rejection of all racial, color, and linguistic discriminations.

Fethullah Gülen draws our attention to the fact that all these values have been protected as separate principles in modern legal systems, which consider them as being “indispensable.” Islam approaches human rights from the angle of these basic principles, which will be – and should be – indispensable in the new millennium (Gülen 2004:169-170, 231). 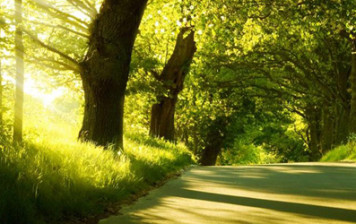 Without a sound knowledge of Turkish political history, it is very difficult to understand why Fethullah Gülen and the Hizmet movement have been very sensitive about governmental, constitutional… 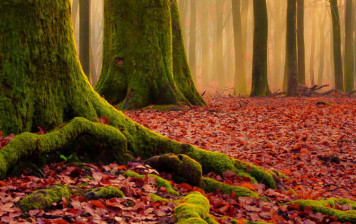 Züleyha Keskin 1. Be sincere in dialogue “True understanding of the ‘other’ and thereby cementing trust and genuine appreciation of the ‘other’.” “Deeds are judged according to intentions”…