Evolution of the Gülen Movement

Scholars who study social movements agree that the elements of a movement must “incubate” for a while before it emerges into the public as a recognizable social movement. Because of his preaching and recorded messages, the ideas and inspiration of Mr. Gülen were becoming well known in Turkey by the early 1980s. Increasing numbers of people were joining the Gülen-inspired sohbets, the local circles of people who met regularly to discuss his ideas, to initiate the dormitories and preparatory classes he suggested, to finance these and other service projects and to establish a network of informal community relationships among like-minded citizens. These networks of individuals, including businessmen with the financial resources to support the service projects, had begun to form slowly in villages and cities where Mr. Gülen preached.

By 1980 business owners and educators inspired by Mr. Gillen had responded to the crisis in education in Turkey by setting up institutions such as student dormitories, university entrance exam courses, teacher associations, publishing houses and a journal. By the mid 1980s there were sufficient resources, including informal networks of motivated people and substantial financial contributions, to accelerate the service projects already in existence and to begin building schools and hospitals in Turkey. At this point, the media became aware of the movement and newspaper articles about the movement and its many activities catapulted it into public awareness. It is at this point that the “latent” phase of the network activities gave way to a more visible and developed phase” and that members began coalescing around the idea of a social movement. The public also began referring to the “Gülen schools” and “Gülen followers.” Mr. Gülen himself, however, does not accept these names. Instead he prefers the movement to be called the “volunteers service” or hizmet, which means services for others or the movement of humans united round high human values.

By the middle years of the 1980s the Gülen-inspired schools were recognized throughout Turkey as providing quality education to youth. Pupils from these schools were passing the university entrance exam at rates far higher than the general population of youth who took them, even after attending other preparatory courses. Also, many high school students in Gülen-run schools were winning national and international science competitions. The Gülen schools and the Gülen movement behind them began to achieve broader public recognition and attracted more and more participants who saw value in the ideas expressed by the movement. It was at the point of the success of the schools that the activities motivated by Mr. Gülen’s ideas of education and non-political services began to coalesce into what became known as the Gülen Movement.

The collapse of the Soviet Union in 1991 and the independence of the Turkish republics in Central Asia provided the context in which the Gülen movement became transnational. In his sermons in the late 1980s, Mr. Gülen increasingly advised his audiences to prepare to help those countries that would soon gain their independence, most of which were Turkish in origin and language. In 1992, very shortly after the Soviet Union collapsed, a group of Gülen-inspired businessmen and teachers opened the first school in Azerbaijan. That same year the first Gülen-inspired school opened in Kazakhstan.

While some movement participants were busy opening schools in the Turkish republics, others were opening similar schools in non-Muslim countries in Eastern Europe and the former Soviet Union, such as Bulgaria, Romania, Moldova, Ukraine and Georgia. Other volunteers were establishing schools in the Asia-Pacific countries of the Philippines, Cambodia, Australia, Indonesia, Thailand, Vietnam, Malaysia, South Korea and Japan. An amazing development of the Gülen movement is that it is active not only in countries with a Turkish and Muslim heritage, but also those with Christian, Buddhist and Hindu traditions. Mehmet Kalyoncu argues that one reason for this is the fact that the movement began in Turkey utilizing Islamic discourse but over time began to emphasize the secular and humanistic elements in its discourse such as quality education, empathic acceptance of others and universal ethical values.

Throughout the 1980s, members of the new Anatolian bourgeoisie who were inspired by the teachings of Mr. Gülen, began to invest in the construction of learning institutions across Turkey. In the 1990s, political and economic development in Turkey under the policies of President Ozal, as well as political events worldwide, provided more and more global routes for the expansion of businesses. The fall of the Soviet Union and the weakening of Turkish state control over information and capital flows, increased Turkish migration to Europe and global developments contributed to the transformation of the Gülen movement from a small community in Turkey to an international activist movement supported by a growing class of wealthy entrepreneurs who were committed to the ideals of the Gülen movement.

By the 1990s, there is no doubt that the millions of citizens gathered around the ideas of Fethullah Gülen, along with the hundreds of service projects that they support, constituted a social movement. It constitutes the largest faith-based movement in Turkey. What is surprising, however, is the fact that the movement, rooted in a Turkish Islamic identity, was then and continues to be, as active in as many non-Muslim as well as Muslim countries. The explanation probably lies in the fact that the infrastructure of the movement, in terms of organizational leadership, volunteers, financial donors and the inspiration behind the movement, is transported by the Turkish diaspora settling in countries all over the world as students, professionals and businessmen. As movement supporters and participants settle all over the world and establish Gülen-related projects wherever they are, non-Turkish people are learning about the movement and becoming involved in various ways. The result is that the Gülen movement is now global in its outreach and impact.

Tags: History of the Gülen movement | 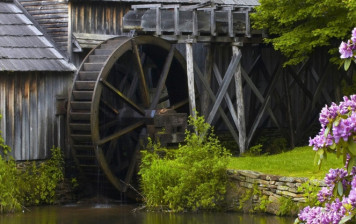 The Gülen Movement’s Initiatives in Britain

The history of the Gülen Movement in the United Kingdom is fairly short compared to other Turkish faith-based communities or movements, such as Suleymanci, Sheikh Nazim and other… 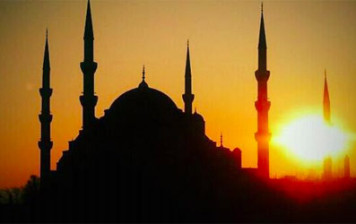 Bruce Eldridge The world is changing at an unprecedented rate. Established religions are struggling to come to terms with societies that are increasingly secular and skeptical about the… 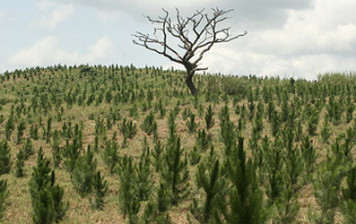