The world is changing at an unprecedented rate. Established religions are struggling to come to terms with societies that are increasingly secular and skeptical about the certainties of the past. They are struggling to come to terms with the new modes and speeds of communication and the moods and ideas that can now be spread so fast. How Islam will eventually respond to the post-modern world is still to be determined. Some want nothing to do with that world, others understand the need to take the opportunities and rise to the challenges. Fethullah Gülen is one of the latter.

This paper places the Gulen movement and Fethullah Gülen himself in particular, within the context of Islam’s confrontation with modernity and post-modernity. It demonstrates Gülen’s awareness of Islam’s intellectual legacy and the extent to which he utilizes the methodologies of earlier scholars. Gülen interprets Islam’s foundational texts in a way that picks out their relevance to today’s world. He is unafraid to engage with other philosophies and faith communities. The schools established by his followers have developed curricula designed to produce the next generation of leaders. Gülen envisions a world where people are deeply grounded in a moral and ethical tradition, where humility and service are highly valued and where reason, science and technology are fully utilized for the benefit of all. This paper shows that when confronted by the uncertainties and relativities of postmodernism, Gülen has located a middle way able to sustain itself in a globalized, postmodern world while remaining true to its Islamic heritage.

In the twenty-first century, Islam is living in a world that no longer accepts the great truths of the past. Faith communities that rely for their identity on their history and on their relationship to a God, who is no longer fashionable, are being challenged to come to terms with this new, globalized, postmodern world. As part of the worldwide faith community of Islam, the movement, which has developed around Fethullah Gülen and his philosophy, is making a serious attempt to come to terms with that world.

The Gülen Movement is not new in the sense that its ideology is new. Gülen had grounded his teaching in the precedents of historical Islam. Gülen recognizes that throughout its history, individual Muslims and the movements that have developed around them have sought to extend the boundaries of Islam’s intellectual influence and contemporary relevance. From the Mu’tazilites who argued for the introduction of reason into Qur’anic interpretation, to Ibn Rushd who borrowed from Aristotle, to Said Nursi, who believed that contact with Christianity might be profitable, Muslims have been prepared to move outside the square. Mediaeval Islamic mathematicians borrowed from India, and in al-Andalusia, scientists, theologians and philosophers freely exchanged ideas with their Jewish and Christian colleagues.

Fethullah Gülen stands firmly within this tradition. While remaining a theologically conservative Muslim, he believes deeply in the value of reason, science and technology. He has engaged intellectually with Western thinkers and he has personally shared his desire for inter-religious harmony with leaders of other faiths. It is true that these things have been done before. What makes Gülen unusual is the range of activities in which his followers have become involved, the breadth of his vision, and the opportunities he has created to enable his ideology to be disseminated. Gülen envisions a world where people are deeply grounded in a moral and ethical tradition, where humility and service are highly valued and where reason, science and technology are fully utilized for the benefit of all. His use of interpretation to demonstrate the relevance of the Quran in the world today is significant to the attainment of that goal. So too is his readiness to dialogue with non-Muslim philosophies and faiths. The schools established by his followers have developed curricula, which will develop adults capable of bringing his vision to fruition. The media outlets owned by his followers allow for the wider dissemination of his ideas.

The Gülen Movement stands firmly within the intellectual history of Islam. It presents a vision, both for the future of Islam and for the world, a vision that is mindful of the vagaries and relativities of postmodernism while remaining true to its Islamic heritage.

Source: Summarized from THE PLACE OF THE GÜLEN MOVEMENT IN THE INTELLECTUAL HISTORY OF ISLAM, PARTICULARLY IN RELATION TO ISLAM’S CONFRONTATION WITH POSTMODERNISM by Bruce Eldridge

Bruce Eldridge: (graduated in social work at University of South Australia, 1984; some years of social work; then aged care chaplaincy and pastoral ministry with the Uniting Church in Australia) Coordinator of Pastoral Care with Ballarat Health Services in rural Victoria, Australia. He carries responsibility for ensuring that all patients and residents, regardless of religious background, have access to relevant, effective spiritual support. To that end he successfully petitioned for a prayer room at the Ballarat Base Hospital for the use of Muslims – staff as well as patients and their families.

Eldridge has recently completed a course in theology at the Australian Catholic University and is currently doing a Masters programme there. His current area of interest is comparative religion, in particular the three ‘Abrahamic’ religions. 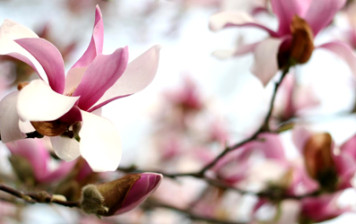 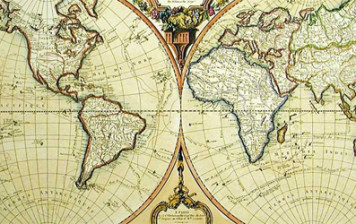 During his preaching years in mosques throughout Turkey, Gülen stressed education as the center of modernization and social progress. He emphasized continuously that peace, social justice and respect… 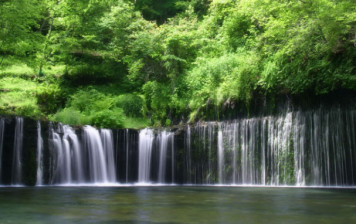 Taking the Gülen movement as a case study, this paper demonstrates how an Islamic movement engages with the West strategically and rationally, adopting a non-violent action repertoire, embracing…